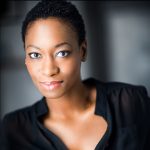 For The Musical Stage Company: DEBUT. Currently based in Toronto, Sarah Afful has graced some of Canada’s biggest stages, including six seasons at the Stratford Festival. Credits in Toronto include Obsidian Theatre’s Canadian premiere of HANG and the title role in Soulpepper’s ORLANDO, for which she was nominated for a Dora Award for Outstanding Performance. Up next, you can catch her in Crow’s Theatre’s production of JULIUS CAESAR. 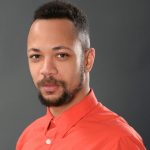 Chy Ryan Spain is a black, queer, gender non-binary multi-disciplinary artist, performer, activist, organizer, and educator. Spain was nominated for a Dora Mavor Moore Award in 2013 along with their fellow ensemble members for their work in OF A MONSTROUS CHILD: A GAGA MUSICAL (EcceHomo). In 2018, Spain and the cast of POOL (NO WATER) (Cue6) took home a Dora Award for Best Ensemble in the Independent Theatre category. They regularly perform with Toronto’s premiere women of colour burlesque troupe, LES FEMMES FATALES, and hold the inaugural title of Toronto’s Bent Beauty Supreme. Other select theatre credits include: SERENITY WILD (Katie Sly), ROPE RUNNING OUT (lemonTree), SMALL AXE (Project Humanity), THE QUEER BATHROOM STORIES (Libido Productions), THE PASTOR PHELPS PROJECT: A FUNDAMENTALIST CABARET (Ecce Homo), and their original solo performance piece THE PRICE OF BLEACH (Rhubarb 2007).