I’m playing with both babies. Our daughter’s getting a bit cranky, and our son’s eyes look a little red. Could it be that they are both sleepy at the same time? AMAZING! That never happens! What are the odds that both of them are going to nap at the same time?

I race them both upstairs, put them in their sleep sacks, put a pacifier in their mouths, and turn on the sleep sheep (best invention ever — http://www.sleepsheepandfriends.com) to the calming sound of ocean waves.

I AM FREE!!!! Potentially up to one full hour of Daddy-alone time.

So what I do? I race to my computer and start answering emails like a crazy person. END_OF_DOCUMENT_TOKEN_TO_BE_REPLACED

During the third week of the month of November, in the current decade that is our own, Western theatre suddenly encountered a threat to its very existence, and this terrifying enemy surfaced, as such enemies often do, with the seeming most innocent and unlikely of faces: the high concept, score-based musical. END_OF_DOCUMENT_TOKEN_TO_BE_REPLACED

Here’s the second installment of our popular Playlist! Featuring a different composer for each post, an invited guest blogger will bring you a rundown of their greatest hits and why you should have their songs on your portable music device. This week, Tara Litvak, presents her defiitive William Finn playlist (who also happened to write Falsettos) as she gears up for her Finn concert, Set Those Sails, on Dec 14. 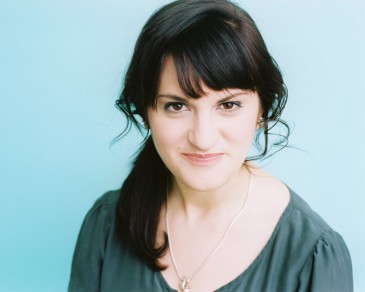 William Finn is a perfect example of what draws me to musical theatre and the potential the genre can have. He depicts flawed characters with relatable wants and goals. We could meet these characters on the street or know someone like them right now. But Finn does not labour their realism, they just naturally are, which makes all the difference to me in contemporary musical theatre. He uses music as a vehicle to sort out inner conflict but in a way that is very realistic: his characters often don’t have “epiphany” moments and sometimes feel more conflicted and lost by the end of the song….much like real life. But above all why I love Finn’s music is the contrast of sadness and hope. There is something magical about that – it just lingers with you. END_OF_DOCUMENT_TOKEN_TO_BE_REPLACED

In conjunction with the Belfry Theatre, we have been hard at work on our first musical theatre commission: Alexandria. With lyrics and book by Andrew Kushnir and music by Reza Jacobs, this developing piece has us all intrigued as it develops from a Noteworthy pairing two years ago to an eventual full production. Right now, everyone is hard at work in a two-week workshop, directed by Robert McQueen and featuring Kate Henning, George Masswohl, Martin Julien and others. We’ve gotten Andrew Kushnir to answer some questions to give you all a sneak peek into the piece and into Andrew and Reza’s process.

What is Alexandria about? Why should audiences be excited to see it?

Alexandria currently opens with a high school librarian on her last day at work. Her job has been deemed inessential and eliminated and she’s far from being at peace with that. She identifies as a kind of sentinel, looking out for these young people in a world where offline and online have become increasingly indistinguishable, where information can be so easily manipulated, falsified, or simply untrue to begin with. More than that, she’s always taken it upon herself to help guard these young people from destructive impulses and now she feels they’re without a steward.

The piece explores the broader theme of finding purpose in the wake of massive change. And it has the main character, the “jobless” Mrs. Rose, embarking on what I think is a very unexpected crusade. I suspect this musical is going to have the quality of a thriller, actually – and it’s going to be taking on some big questions around identity, community, and how we protect young people from invisible dangers.

Personally, I’ve been reflecting a lot on how consumed we’ve become by “staying in the loop”, how we’ve all taken up residence in this kind of digital village, and how our “virtual” existence is overlapping more and more with our “real” lives. I’m fascinated by how this medium for messages has changed the way we engage with one another, perhaps has even changed the way our brains function. And I’m compelled by the challenge of bringing all that into a theatre, where a very different sort of communication happens.

How had Alexandria changed from its original version in Noteworthy?

Reza and I started with a question: how will librarians survive in the digital age? Particularly in a digital age that is obsessed with the democratization of information and the eschewing of experts and critics in favour of things like Google and blogs. Is this a better world? During Noteworthy, we discovered the character of Mrs. Rose – an opinionated, fiercely intelligent protagonist (she’s no Marian the Librarian). We discovered her crisis: a woman who knows her value in a world that doesn’t seem to value her anymore. What we hadn’t conceived of was what kind of journey might spring from that crisis. So, tons has changed since that first incarnation. We’ve gone from a 12-minute mini-musical to a very rough full-length adventure. And Mrs. Rose takes quite a ride.

Reza and I have been discovering our process as we go – this is our first ever collaboration. Up to this point, I typically generate text (whether it be scenes or lyrics) and he then he composes music. That said, in our most recent development period, Reza crafted some very evocative “etudes” inspired by some of the themes of Alexandria. These have been instrumental in figuring out the musical language of the piece and I’ll often throw them onto some headphones while I do new writing and rewrites. There’s a lot of back and forth around character and plot. Just today, we were collaborating on some character biographies. We’re in constant dialogue about this world we’re creating.

What are your musical theatre influences and how will we see these reflected in your writing?

I’m not sure that there are any clear musical theatre influences on this work just yet. Reza and I are still figuring out how music works in the piece – how much of Alexandria is sung through, when do people sing, and why. Is it more like an opera? Is it more traditional? A hybrid? I’m still figuring out how to write lyrics. It’s all very new. Generally speaking, I’m an immense Sondheim fan, and I’m really engaged by less traditional musical works like Caroline, or Change and London Road (which Canadian Stage is producing next season and people must see). As I write the book/lyrics forAlexandria, I’ve been listening to the soundtrack of Tree of Life (Alexandre Desplat), compositions by Ravel, Liszt, and Mozart.

What are you most excited about for the Alexandria workshop?

As a writer, it’s an incredible gift to have devoted time with your collaborator. Writing can be a tremendously lonely task and it feels good to have a window where Reza and I can be in the creative muck together. Having Robert McQueen join as director/dramaturg has been terrific – he’s rigorous and insightful and very generous. And to have a room of actors at this early a stage is a privilege. It has me hearing me this earliest version of work in a whole new way – I can hear the way a room discovers the unfolding drama of the piece. The offers they’re making in the room are influencing the work a great deal. I’m constantly scribbling, constantly being fed. I don’t have the answers yet, but the questions of the piece are certainly getting refined.

One Song Glory, our youth training program, has come to a close! With two sold-out performances on Sunday evening, these super talented folks brought the house down showing off their singing and acting chops. Here’s the last installation of their blog, full of videos and photos, as we celebrate the talent of tomorrow.