Moving to Toronto in Fall 2008, my only life ambition was to complete my acting degree at Ryerson University and become a successful Canadian actor. While my focus was always on straight plays and film/television, I had a soft spot for musical theatre, specifically contemporary works.  My favourite composing team at the time were the young Benj Pasek and Justin Paul. I followed their development closely and listened to everything they released. It just so happened that in that same fall of 2008, a relatively new musical theatre company was producing a much beloved song cycle by Pasek and Paul called Edges.

While I had no interest in arts administration nor had any idea about what producing was, I reached out to Acting Up’s Producer, Mitchell Marcus, and asked if they needed any help in exchange for a free ticket to the show (I was a broke student at the time, after all!).  He offered that I could join the Edges team as they distributed postcards and posters around Toronto and it was that moment that my mind slowly began to look towards a life in the theatre beyond performing.

Since then, six years have passed working for the company on and off as both a volunteer and employee.  During my tenure at the company, I’ve seen new Canadian musicals in development and in workshops through NoteWorthy, high school students grow into emerging performers through One Song Glory, and witnessed some of the best theatre productions to ever be staged in Toronto (shout out to Caroline, or Change…that show changed my life).  All of these experiences shaped me from a no-nothing poster boy to a passionate aspiring producer.

While the staff at the company has always been top notch, I owe almost all of my development as a producer to Mitchell. I don’t know of any other leading Toronto Artistic Director or Producer who invests so much time and effort in to giving young people a chance whether they are actors, writers, directors, choreographers, or producers.

I am so proud to have been a small part of such an innovative and bold company that has done so much to develop musical theatre in Canada. Working in the arts in this country is incredibly difficult yet  Acting Up Stage continues to grow and thrive. I’m very excited for the next step in my theatrical career, which will see me working in London, England.

Thank you to all the donors for supporting this company.

by Nathaniel Bryan and Paul Beauchamp

Nathaniel Bryan: Congrats on producing the tour of A Craigslist Cantata, which opened to rave reviews in both Calgary and Edmonton this past month, Paul! What would you say was the most rewarding aspect of producing a show outside of Toronto?

Paul Beauchamp: It was really rewarding to get to know the audience in Calgary because they loved the show so much. Leading up to the tour, I didn’t know how the audiences in Alberta would take to the show, and it was neat to watch the first couple of previews as well as the opening night performance. I got to know what made them laugh, what didn’t, and what worked differently in the show. On top of this, we were playing to a 400 seat theatre, which ended up averaging about 300 people every night. It was quite a difference from the Toronto run, were we could only hold 100 people in the studio at Factory Theatre.

NB: You mention what “worked differently in the show.” Is that in comparison to our production at Factory Theatre last year? What were some of the major changes made and why?

PB: I think the biggest change made in the touring production versus the Toronto production was made to the second number. The show still begins by launching us into the first whacky ad of the night, “Bus Boyfriend”, however, instead of continuing into a group number recounting numerous quirky tid-bit ads, this production is more streamlined and simply morphs into actor Selina Martin’s coup as a children’s guillotine vendor. This change cuts about 5 minutes off the show, which helps tighten things up. This type of show truly benefits from being short and sweet. It also cut some unnecessary repetition – though the ads were all different from other numbers, the structure of the original second number mimicked the group numbers that come later in the piece. I think that omitting this number strengthened the larger songs that come later.

NB: That’s quite an exciting change! What would you say has been overall the most exciting part of producing our first touring production?

PB: The word of mouth has been really exciting. We got some stellar reviews in Calgary which really helped build the buzz for the tour’s second leg in Edmonton. I think that the success of this production has really allowed Acting Up Stage to build a name for itself, both within the industry and with the general theatre going public, beyond Toronto. It’s been cool to watch this happen.

NB: I’m interested in the challenges/rewards posed by transferring a show between cities in such a short period of time. What would you consider the biggest challenge you encountered in producing this tour?

PB: I think the biggest challenge we encountered as a team was transferring the technical aspects of the show between the venues. The Alberta Theatre Project’s Martha Cohen Theatre in Calgary is huge. It’s a 400 seat house, and the stage is probably about 3-4 times the width of the Factory Studio. By contrast The Citadel Theatre’s Club Theatre in Edmonton is about half the size of the stage in Calgary and only holds around 150 patrons, so all of our technical needs had to be adjusted. The set was scaled down and the performers needed to adjust their staging.

NB: Since this was the first Acting Up Stage show on which you took the lead as producer, how has it increased your abilities in the field?

PB: As this was a touring production, there were a whole slew of company management details that took up most of my time. I’ve never worked as a company manager, so a lot of learning took place here. How do people get from point A to point B? What hotel are they staying at? What are the most cost effective solutions? I also took a lot away from dealing with the various performer unions, specifically the Musicians’ unions. Unlike Equity (the actor’s professional association), the musician’s union is not national. So details, such as fees and work hours, are different from city to city. It was quite the challenge to coordinate between Toronto, where we rehearsed for the show, and the two cities in Alberta.

NB: Speaking of all the cities Craigslist has visited, can you share any information about the future of the piece?

PB: My lips are sealed, but my fingers are crossed!

Unbeknownst to most Acting Up Stage patrons, there was a second production of Once On This Island. It took place during our run and it shared our sets and props. But while the version you saw featured 11 of Toronto’s most prominent musical theatre performers, this alternate version featured 18 aspiring performers, all between the ages of 11-17.

About a year ago, I was approached by my good friend Naomi who runs the Stage Door Academy – an amazing performing arts program for young people. I told her that we were going to be doing Once On This Island and her eyes immediately lit up. She had decided to offer a full musical production at Stage Door, and she was contemplating doing Once On This Island Jr. – a modified version of Once On This Island, created by the original writers, intended for performance in high schools and youth programs. She asked me if we would consider letting her students perform in our theatre, on our set and I immediately said yes. What better way to continue to strengthen our goals of educating and inspiring young people than to give them access to our resources to help teach them about professional theatre.

As the program began, we looked for other ways to provide mentorship to the participants. We invited them into one of our Once On This Island rehearsals at the Elgin Theatre so that they could watch our team in action putting the show together. We gave them the opportunity to meet the professional actor in their role who offered them helpful tips and suggestions. We gave them tickets to our production so that that they had a chance to tour the theatre and see our show which gave them inspiration and possible acting choices to take back into their own rehearsal process.

I have to say it was really amazing to see the young people’s eyes light up throughout this experience. One doesn’t normally get the chance to have a real ‘behind the scenes’ experience at a professional show in youth theatre. The combination of observation (of our process) and participation (in their own production) really helped them develop an understanding of the theatrical process, and the reward of getting to perform their production in a real theatre with professional sets, lighting and props was significant. Meanwhile, our actors got a real kick out of meeting the young teenagers who would be sharing their roles. I think having their positive energy in our rehearsal room and theatre really reminded our team why we love doing what we do.

The night after we closed our production, I returned to the Daniels Spectrum to see the show one more time. But our cast had been replaced with a group of young people. This metaphorical ‘passing of the torch’ from our cast to theirs was wonderfully meaningful. It was a thrill to see these teens inhabit our stage and to find their own joy in this beautiful piece of theatre.

The program was such a success that we plan to replicate it again next year. If you know any musical theatre loving teenagers who want to partake, auditions will happen in March. For more information, contact Naomi Zara at (416) 803-5723 or visit thestagedooracademy.com. 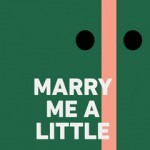 Marry Me a Little

This emotion-filled New York hit takes audiences on a roller-coaster ride through love in all its guises. Sondheim fans will be thrilled to hear songs cut from such works as A Little Night Music, Follies, A Funny Thing Happened on the Way to the Forum and more. 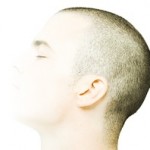 A non-musical pick, but directed by Acting Up Stage’s A New Brain director, Daryl Cloran. Billy is deaf but his unconventional family has tried to raise him as part of the hearing world. It’s not until he meets Sylvia, a young woman who is becoming deaf herself, that he finally discovers what it means to be heard. 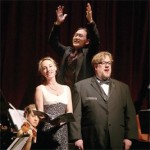 This February at Soulpepper enjoy a new series of concert travelogues full of joyous and evocative music, dance and text all on the beautiful ‘Grand Hotel’ set designed by Soulpepper Resident Designer Lorenzo Savoini. Each Salon offers a curated journey through some of the most surprising, challenging, and moving moments in the history of 20th-century music. CBC host Tom Allen provides narration through these distinct and immersive concert experiences. 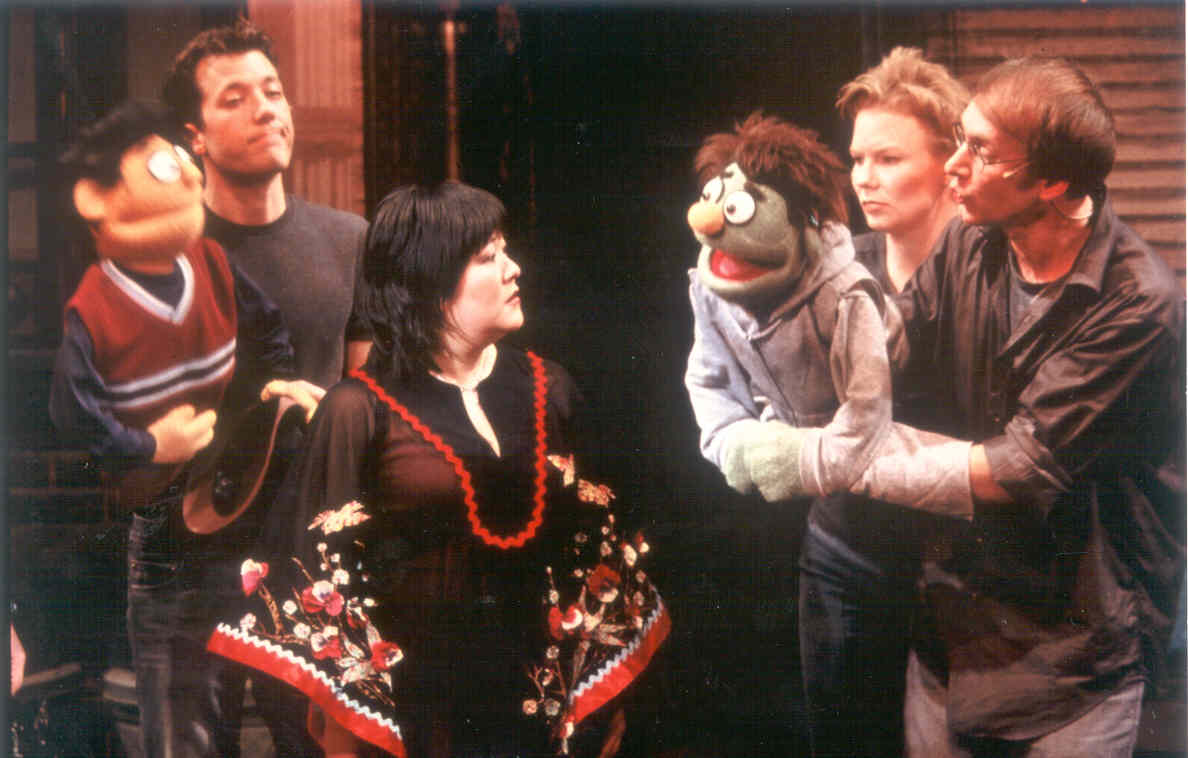 While my list of “favourite musicals” constantly evolves as more shows are written, the one constant over the past decade has to be Avenue Q. This brilliant show was conceived by Robert Lopez and Jeff Marx with a book by Jeff Whitty (Bring It On) and direction from Jason Moore (Pitch Perfect).  Avenue Q has to be among the funniest shows ever written. END_OF_DOCUMENT_TOKEN_TO_BE_REPLACED