Skip to content
HOME › Musical Notes › Playlist › A Misfortune Playlist (According to Scott, Kevin and Wade) 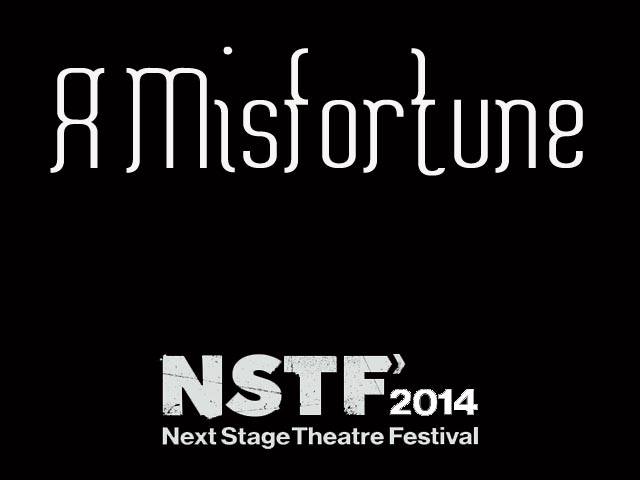 A Misfortune, premiering at the Next Stage Festival on January 9, is a a romantic, bittersweet musical about small moments and momentous decisions. Following a woman over a single night, full of revelation and passion, it is an examination of desire, fidelity, and the extent to which we allow love to govern our lives.

Based on a story by Chekhov, composed by the team behind the Summerworks hit Hero and Leander and starring our very own Banks Prize Winner Jordan Till, we’ve got to say we’re staying up nights in excitement over their new foray. We asked composer Scott Christian, lyricist Wade Bogert-O’Brien and book writer Kevin Shea to compile a playlist of their influences for A Misfortune.

In writing it, we sought to create something that was faithful to its source material but that also highlighted all the ways in which it continues to be relevant today. It’s a period piece, set in Russia at the turn of the 19th century, but the concerns of the characters are very contemporary (hat tip to Chekhov for being way, way ahead of his time). For inspiration, we looked to musicals with a high degree of artistry that live in other periods or places. Adaptation is very common in musical theatre, so there was a rich trove of work to inspire us.

Scott: Light in the Piazza in general was a huge inspiration for me when I was writing A Misfortune. Adam Guettel (one of my favourite musical theatre writers) succeeds at writing music that reflects his own distinct compositional style while also brilliantly evoking the world of the show (a Fellini-esque portrayal of 1950’s Italy). I love Dividing Day because it breaks from the ‘Italian pallet’ of the show when the score morphs to become subtly American to match the character. While writing A Misfortune I’ve attempted to imbue my own sound with the feeling of early 20th-century Russia, and, like Guettel manages so beautifully in Dividing Day, I try to make every song sound and feel true for the character singing it. Maybe one day I’ll get as close as Adam does!

2) Love Who You Love

Kevin: I listened to this song a lot while I was working on a particular song in A Misfortune. I may even have borrowed a few structural ideas from it. It’s simple, clear, and revealing of character without being expository. I like how it stands on its own while fitting perfectly into the larger story. It’s also damn true. You just have to love who you love.

Wade: The idea of a musical based on Proust’s Remembrance of Things almost sounds like a Monty Python sketch. It’s really an amazingly ambitious idea. Ricky Ian Gordon’s strange Satie-esque score is unlike any other musical theatre score I have ever listened to. Richard Nelson’s lyrics are equally cynical and tender. I’ve always found this combination strangely moving. I think the Letters is an amazing song. I mean, so much happens during the six minutes of this song. It’s beautiful, it’s exciting, it’s funny, and it’s moving. Also, I just like songs where the characters insult one another. I listened to this show constantly while we were writing A Misfortune and the ambition of this song, and of this whole show, really inspired me to be ambitious myself.

4) A Weekend in the Country

Kevin: A Little Night Music was a huge influence on this piece, though our source material took us in such a different direction that it might not be obvious to anyone but ourselves. Still, the way Sondheim develops the plot through song here was of particular interest to us.

Scott: One of the best opening numbers of all time. ‘Nuff said.

A Misfortune plays the Next Stage Festival from January 9 – 19. Please visit their kickstarter campaign to find out how you can help contribute towards the future of this new Canadian musical.