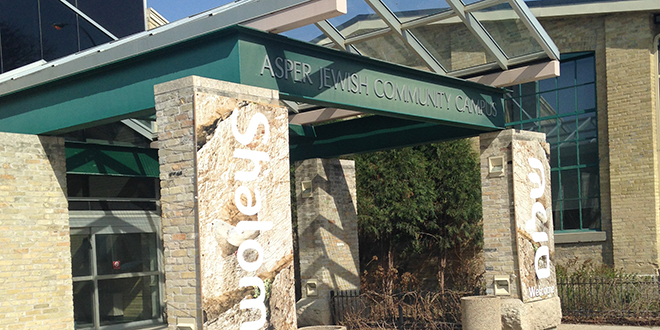 So, I went and spent some time in Winnipeg.

“The Winnipeg Whirlwind” as I took to calling it was a crash course of meetings with board members, current staff members, community partners, donors, sponsors, supporters, actors, music directors, choreographers, designers, playwrights and other people who are in some way affiliated or have any kind of interest in the Winnipeg Jewish Theatre.

In 18 days I’m going to officially become WJT’s Artistic Director; a dream come true. And while it’s definitely going to be hard to leave my family, friends and colleagues in Toronto, I can’t imagine a more welcoming community than Winnipeg – it truly is the friendly province. END_OF_DOCUMENT_TOKEN_TO_BE_REPLACED 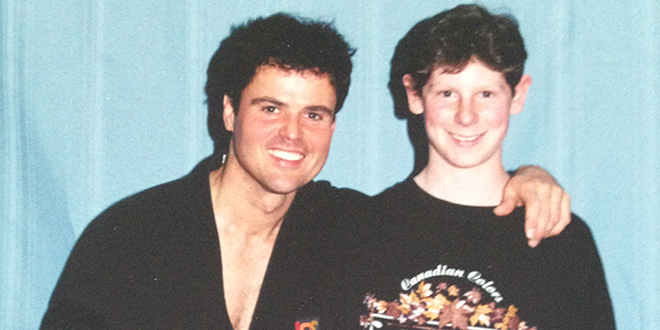 March 27th was World Theatre Day. So I spent a lot of time reflecting on meaningful theatre experiences, performances I’ve attended and shows I’ve been in. One particular production came to mind, that was particularly life changing:

Joseph and the Amazing Technicolour Dreamcoat.

We departed early Monday morning and pulled up to the Skyline Hotel at West 49th St and 10th Ave. around 7 p.m.; it was four students to a room. We spent that first night wandering around Times Square; candy stores, Toys-R-Us and neon lights. I don’t really remember what we did during the days (Central Park, the Metropolitan Museum, Harlem… it’s all kind of a blur) because the real reason I went on the trip was to go see Broadway musicals. END_OF_DOCUMENT_TOKEN_TO_BE_REPLACED 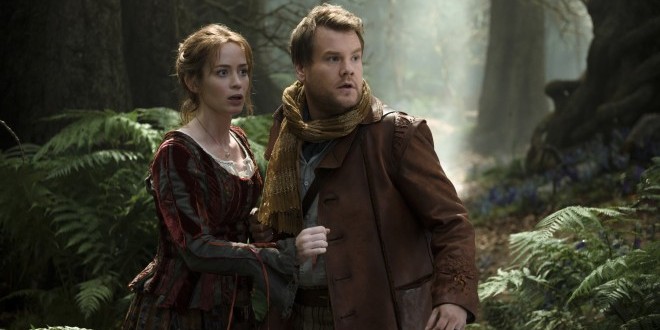 Once upon a time….

In 1995, I was taking musical theatre dance classes at the Beverly Segal School of Dance in Richmond Hill.  Every couple of weeks we’d learn a new routine to a different showtune; one week the song was called “Giants In the Sky” from a musical called Into the Woods. The dance teacher (her name was Honey) explained to the class that the musical was all about fairy-tales and that this particular song was sung by Jack, all about his experiences involving the beanstalk. I was instantly obsessed. END_OF_DOCUMENT_TOKEN_TO_BE_REPLACED 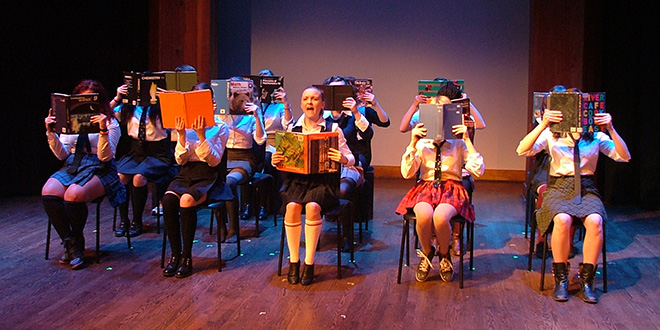 The last two Saturdays have been musical theatre extravaganzas for almost 50 teens from across the GTA. November 15 was the first day of rehearsal for One Song Glory– Acting Up Stage’s annual youth musical theatre intensive; it’s a free program for students aged 13-19 who are selected from a weekend of auditions.

Participants spend four Saturdays rehearsing songs from contemporary musical theatre with professional directors and musical director and they also get to take part in workshops and panel discussions. All their hard work culminates in two performances for family and friends taking place this year at the George Ignatieff Theatre on Sunday December 7.

Spending the past two Saturdays with this year’s One Song Glory team has been a blast- they are an exuberant and extremely talented bunch of young people filled with an immense passion for musical theatre. And it has also made think back to my love of musical theatre during high school. END_OF_DOCUMENT_TOKEN_TO_BE_REPLACED