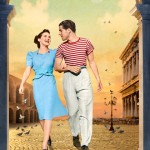 The Light in the Piazza

Patti Jamieson and Juan Chioran reprise their roles from Acting Up’s production of The Light in the Piazza. A glorious musical story set in Italy in the summer of 1953. Margaret is touring the Tuscan countryside with her daughter, Clara. While sightseeing, Clara has a chance encounter with Fabrizio, a handsome Florentine, and they fall in love. Margaret tries to keep them apart to protect her daughter, who isn’t what she seems. But the romance of Italy is powerful, and it slowly transforms them all. From the writer of the musical Floyd Collins, which the Shaw Festival produced to huge acclaim in 2004. 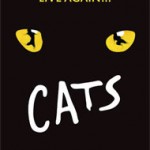 Be one of the first to experience an all-new Canadian production of CATS. For the first time in over 25 years, an all-Canadian cast graces the Toronto stage with Andrew Lloyd Webber’s beloved musical masterpiece. 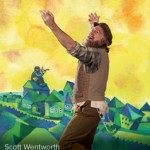 Fiddler on the Roof

This affectionately humorous portrait of life in a Jewish village in Tsarist Russia centres on Tevye, a milkman-philosopher who finds his values challenged by his daughters’ insistence on following their hearts rather than the dictates of tradition. Meanwhile, more sinister changes are on the horizon – ones that threaten the community’s very existence. 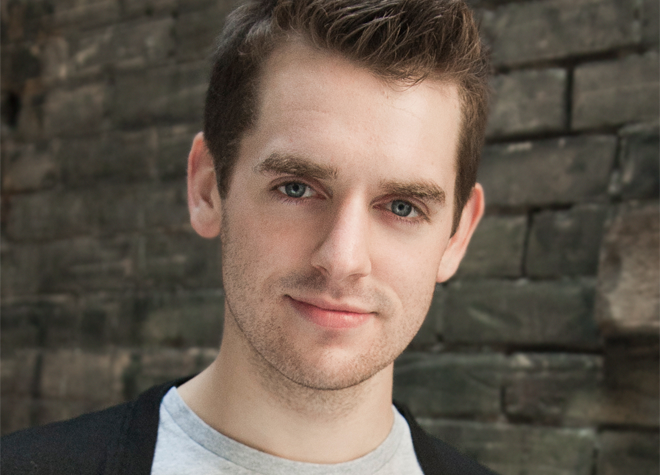 Thomas Swayne has just begun full time work with us as our Intern Producer. Thomas is an actor, producer, and director based out of Toronto.  A recent graduate of Ryerson University’s BFA Acting Program, he has most recently worked as the Assistant Director on The Barber of Seville with Soulpepper Theatre.  Prior to that, he served as the Assistant Producer on the world premiere of Queen for a Day: the Musical starring Alan Thicke. He is thrilled to work with Acting Up Stage through a Metcalf Foundation Performing Arts Internship grant to create thought-provoking and moving music theatre in Canada. Thomas will be with Acting Up until May 2014.

Having graduated from the Performance Production program at Ryerson University, a program where you’re essentially thrust into all things theatre except for performance itself, I majored in Stage Management. I quickly learned this was not a job for everyone! Throughout my schooling I heard many horror stories of stage managers burning out, loosing their passion, or moving on from the entertainment industry. What was I getting myself into? For some reason though, I loved it. I even began my career as a stage manager, eventually working as an Assistant Stage Manager on Caroline, or Change last year (what an amazing ride that was!). For me, stage managing was a lot about the art of learning how theatre works. It sure taught me a lot, and made my eventual goal of transitioning to the producing/admin side of theatre that much easier. END_OF_DOCUMENT_TOKEN_TO_BE_REPLACED

Craigslist has been around for a while now, and it’s a service that many of us take for granted. Perhaps you use it to find one-of-a-kind antiques, or a comfy chair to fill a void in your living room. Maybe you even use it to meet up with new friends. In any case, it’s a service that makes certain aspects of our lives much easier.

Craigslist didn’t just pop up over night. It first began in 1995 as a simple e-mail distribution list among friends, which listed social events of interest to software and internet developers in the San Francisco Bay area. As with most internet success stories, this email list grew rapidly through word-of-mouth, and it wasn’t long before merchandise and job posts were included. The number of users also grew, resulting in the need for a transition from email based posts, to a full fledged web page.

It took only 5 years for the website to become popular in other US cities. April 2001 saw the phenomenon break through into Canada with success in Vancouver. By 2004, Craigslist went global with off shoots in cities such as London and Amsterdam. As of August 2012, Craigslist is operational in over 700 cities within 70 different countries.

With over 20 billion page views per month (37th overall among websites worldwide), Craigslist is certainly an internet phenomenon. Documentaries have been made, an off-Broadway show has been produced, music has been created, and of course the Canadian musical Do You Want What I Have Got? A Craigslist Cantata is about to begin performances in Toronto. In anticipation of our upcoming production, we caught up with director Amiel Gladstone to pick his brain about the online sensation.

First and foremost, why does the subject of Craigslist interest you as a director?

Initially I was intrigued how we were going to take those ads and put them onstage, and then Veda (Hille, co-writer) sent me demos of about eight songs. I remember clearly listening to them for the first time on an airplane and having some serious laughing fits. I found those catchy first songs so funny and human and surprisingly affecting, I knew right away we were on to something.

Why do you think the online platform of Craigslist is so popular?

It’s one of the great examples of what the Internet is best at—bringing together large communities and making it so that they can easily communicate with each other.

Have you ever used the site?

I use the site all the time. I have two sofas in my home that I bought there. When we were work shopping the show Veda saw an ad in which a single woman posted asking if anyone wanted to go see the show with her. Veda says she saw a woman meeting that description in the audience. People were selling their tickets to the show on the site in Vancouver, it was pretty neat!

Unfortunately any time there is human interaction in the world there is some risk. No one suggests shutting down the entire city of Toronto because people occasionally get hurt there. Just as you do on the street, there are ways to do what you can to protect yourself in your interactions with strangers.

How has the format of the online platform of Craigslist affected your directing approach toward this show?

Through the process of creating the show we had a lot of questions about how to represent the online world. We tried projections of ads on the back wall. We had the actors using laptops. In the end, the key was to play to the strengths of theatre—dynamic, likeable performers, putting their heart into these great tunes, and engaging the imagination of the audience. In some ways I had to go back to my first initial listening on the plane—creating a place that we can be delighted and surprised.

Do You Want What I Have Got? A Craigslist Cantata begins performances on January 30th and runs until March 3. For tickets and show times, visit actingupstage.com.

Over the past 6 seasons, Acting Up audiences have been treated to the beautiful Berkeley Street Theatre as the primary performance space for our mainstage productions. This space has served us well, and our designers never cease to amaze us with their creativity when adapting designs to the extremely long stage.

For our 2013 production of Falsettos, however, Acting Up will embark on a totally new adventure. For the first time since 2007 our mainstage production will change venues, offering our audiences, artists, and staff a totally new experience. The Daniels Spectrum (formally the Regent Park Arts & Cultural Centre) will open its doors to us as we become one of the first productions of their inaugural season.

Daniels Spectrum, a culmination of 4 years of work and $38 million dollars of investments (from the federal and provincial governments, private donations, and the City of Toronto – which was responsible for donating the land), opened to much fanfare on September 20th. Unlike most other theatres and community centres in the city, the Spectrum was designed specifically for Regent Park and the community’s cultural institutions. Designed by Diamond Schmitt Architects (The Four Seasons Centre for the Performing Arts), Daniels Spectrum houses seven community and arts oriented tenants, a shared and private state of the art workspace, three studios dedicated to the Collective of Black Artists, one black box theatre for use by Native Earth Performing Arts and their companies in residence, as well as the Ada Slaight Hall – a 400 seat theatre with flexible seating and room dividers, which will be home to Acting Up’s production of Falsettos.

As with the Berkeley Street Theatre, Daniels Spectrum will be sure to delight audiences. In place of the exposed brick of the Berkeley, Daniels offers audiences a colourful spectrum band of colour running throughout the building. The band compliments the design of the Paintbox condominiums, just above the complex. The lobby of the space is also home to the Paintbox Café, operated by the Paintbox Bistro just next door, and uses reclaimed wood from Regent Park as its design. The complex is also not shy to show off its urban flare with its eco-friendly green roof, and 4,000 square foot backyard to be used for over-flow from the theatre, public gatherings, performances, and markets.

Also in tune with the Berkeley Street Theatre, the 400 seat Ada Slaight Hall will not be without its design challenges. This time, instead of an elongated stage from side to side, the extremely flexible space is completely bare and very deep. There is no pre-existing elevated stage, and the seating literally slides out on palates from the rear wall – allowing for any number of seating rows.

The Daniels Spectrum is truly a collaborative accomplishment. The space was designed for the community, in consultation with the community, and truly reflects the broad spectrum of its members. The space will also redefine the way Torontonians see Regent Park as this new Arts and Cultural hub shows off its community in a new brand new light. Acting Up is thrilled to be a part of this revitalization, and we look forward to welcoming you to the Daniels Spectrum.