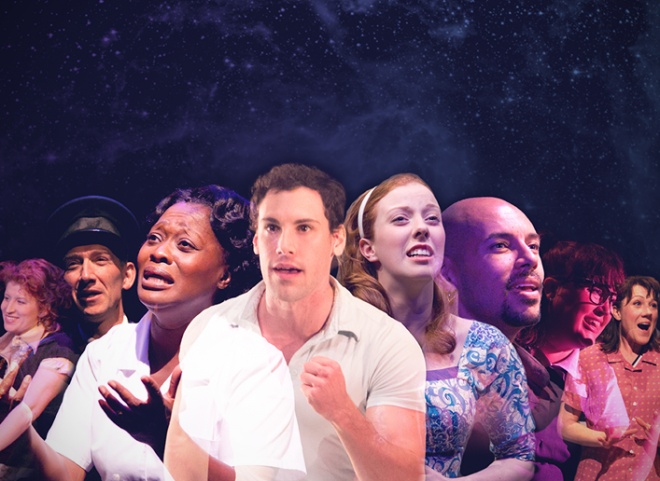 In the infamous words of Rogers and Hammerstein, let’s start at the very beginning. In 2004, Acting Up Stage’s first production was Jonathan Larson’s Tick, Tick… BOOM! at the now sadly defunct Poor Alex. Starring Dean Armstrong, Michael Dufays, and Daphne Moens, Tick, Tick… BOOM! follows the journey of an NYC based composer named Jon, and is a highly autobiographical piece about “making it” in the theatre industry. Today, Daphne Moens, who played Susan, reflects on this photo with costar Dean Armstrong: 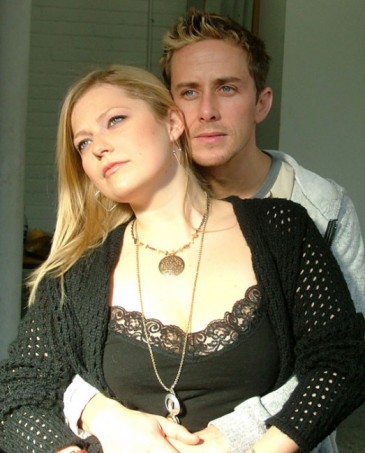 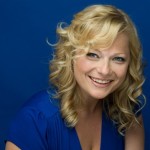 This feels like a million years ago. This was one of my first professional productions right out of Sheridan College. I was in love with Tick, tick…BOOM! as soon as I heard it and knew that needed to be in this show! This picture was taken at Equity Showcase Theatre where I worked at the time as the Registrar.  I think most of the clothes I’m wearing were actually my own…such a hippie! I was so happy to be working with two incredible guys: Dean Armstrong and Michael Dufays. One of my memories is rehearsing in this sketchy little rehearsal space where we had to, in the middle of winter, use the gas station bathroom across the street….makes me smile. This was definitely a labour of love. We worked hard and loved performing this show. It’s still one of my favourite performance experiences and I am so grateful that Mitchell Marcus, Mario D’Alimonte  and Wayne Gwillim cast me in this amazing role. I still get recognized in Toronto from this productions 8 years later!!!