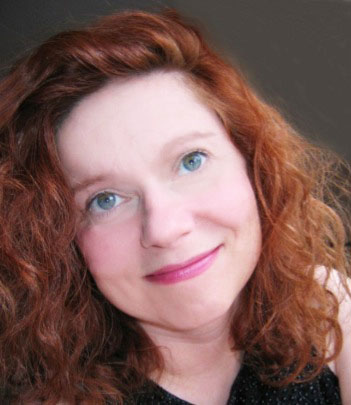 Lezlie Wade does it all. A director, writer, lyricist and actor, Lezlie has most recently directed at Randolph Academy, Theatre Aquarius and, as part of the inaugural Michael Langham Classical Theatre Workshop, served as assistant director to Des McAnuff on the Stratford, La Jolla and Broadway incarnations of Jesus Christ Superstar. Naturally, she continued on at Stratford and served as Associate Director on Henry V. Of course, Acting Up Stage fans will remember Lezlie’s brilliant direction for 2007’s Elegies, which she will be revisiting this spring.

Sweeney Todd. The complexities in the score makes me want to listen to it over and over and over again. It was the first dark musical I’d ever heard and I actually felt a bit guilty liking it so much. Of course after this I was a Sondheim fan (who isn’t) and I love everything he’s done…even Passion which isn’t to everyone’s taste.

Funny Girl. In terms of structure, it’s very old fashioned now, but lyrically I adore it! Great lyrics by Bob Merrill. And Jule Styne’s music compliments the words perfectly. Also the first big musical I ever saw with my Dad (who didn’t even like musicals that much) and as a young girl I so identified with Fanny Brice. The show was inspirational.

Well, I have to say Contact. Is it a musical? Does it count? If not, I’ll pick something else, but I happened to be at the Lincoln Center Director’s Lab when it was on and saw it three, maybe four times. A lot of choreographers say their work supports the text, but Susan Stroman’s work really does. I feel that she really says what’s between the lines with dance. And the detail in her work is fantastic. Part Two of Contact—Did You Move? is so strong, powerful, funny, and gut wrenching that no matter how many times I saw it, I cried like a baby during intermission.

The Remarkable Journey of Prince Jen by Lloyd Alexander… because my collaborator and I just got the rights after waiting for nearly a year.

Your own a desert island and can only bring one cast recording. What is it?

Right off the bat I’d have to say something funny…you wouldn’t want to be on a desert island with something like Parade (which I adore) Hmmm… okay, not a out and out comedy, but South Pacific. I mean, every song is a hit and being on a desert island it seems somehow appropriate. (I just hope the batteries on my devise are solar charged!)

Okay, when I was a little girl, someone gave me a copy of Sammy Davis Junior singing the songs to the movie musical Dr. Dolittle and I still love to listen to it. Music and lyrics by Leslie Bricusse, are the perfect example of simple sometimes works wonders.