Skip to content
HOME › Musical Notes › Local News › The importance of revisiting CAROLINE, OR CHANGE in 2020 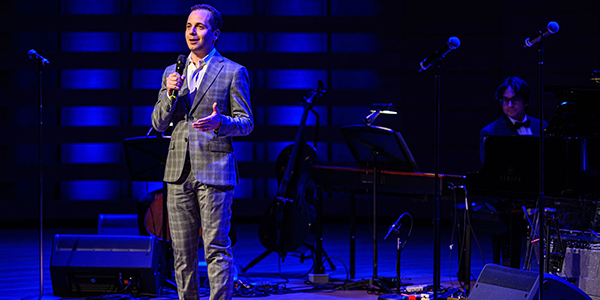 I’ve always felt that our musical productions are in dialogue with the world around them. A key part of programming is trying to figure out what musical has the most to say in the moment that we live in right now. Unfortunately, our world has no shortage of enormous challenges that can be unpacked through theatre. Climate change, inequity, the rise of hatred, the divisiveness in our political landscape – the list feels endless.

Recently, there have been moments in the news cycle where happy endings have felt hopeless to me. And that is perhaps why bringing CAROLINE, OR CHANGE to Toronto felt more important now than it did in 2012 when we produced the Canadian premiere. Beyond Jeanine Tesori’s remarkable score and the theatrically riveting way that Tony Kushner brings his cast of characters to life, CAROLINE, OR CHANGE makes a profound statement about how change inevitably comes, even when it feels impossible to imagine it.

Caroline is a 39-year old single mother of four, working for $30 a week at the Gellman household. Day-in, day-out her routine is the same – a bus to work, laundry, cooking, cleaning, and a bus ride home. She has long suppressed feelings of ‘want’ and ‘need’ in exchange for getting by and not causing trouble. But this preference for the status quo is rocked when a seemingly inconsequential event occurs: Caroline’s employer instructs her to keep any pocket change that she finds while doing the laundry as a way to teach Noah – the 9 year old child of the Gellmans – a lesson about minding his money. With the Civil Rights Movement unfolding around her, years of suppressed feelings of inequity and anger bubble up to the surface from the opportunities that extra pennies and nickels provide.

Tony Kushner and Jeanine Tesori’s masterpiece contains one of the most deeply moving and hopeful messages as it reaches its denouement: That sometimes one generation’s dreams are fully realized by the generation that follows; that sometimes we find compassion in the unlikeliest of places; and – as Tony Kushner eloquently states in the work: “Change come fast and change come slow. But change comes.”

CAROLINE, OR CHANGE held the messages that I so badly needed to hear when I reread it just over a year ago. With tears in my eyes, revisiting it cracked open my heart and healed my spirit. My hope is that it can do the same for Toronto this winter.