Skip to content
HOME › Musical Notes › Global News › Out There – Does anybody really notice? 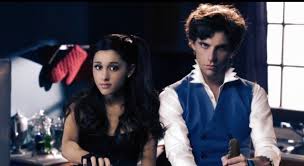 There’s been quite a bit of discussion in Toronto lately about regular theatre-goers, and where they’ve headed off to. Even the most well-reviewed shows in town (Falsettos being one of them) haven’t managed to attract the kinds of crowds they used to. Brendan Healy’s recent note on Arigato, Tokyo, which I wrote about here, expresses the theatre community’s confusion far better than I ever could.

So how do we get audiences in? On Ken Davenport’s blog, he’s spoken often of building a brand image for Broadway outside the Great White Way – increasing visibility in other mediums so that people are wont to see a play because they they’ve been exposed to the industry through TV, in the movies, on their iPad, etc. Unfortunately, the most direct representation of the showtune mecca in mass entertainment was the recently axed Smash, a TV musical drama which serialized the building of a Broadway show.

I can’t say I ever particularly liked Smash. When people would ask me if I watched it, I told them the truth: I gave the first few episodes a shot, and got bored before each installment had ended. I often concluded with my belief that Smash was not targeted towards 20-something queers (like me), but rather to women on the verge of menopause. Don’t get me wrong, I love me some Murder, She Wrote and Dr. Quinn, Medicine Woman, but juicy and salacious Smash was not.

So to see Smash get cancelled didn’t really tear me apart. But then, the voice of the Broadway producer echoed in my ear and I realized that yes – this was another strike for the representation of Broadway in mediums easily accessed by everyone. The less the public is interested in the stories behind musical theatre, the less, in this era of “informational give and take,” they will care about the work itself.

However, maybe some hope has come in the form of a bubble gum lyrics crunching, pop idol Mika. Mika’s most recent video “Popular Song,” samples the song from Wicked (I’ll save my opinions on that particular Schwartz ditty for a different blogpost) and pervades the same anti-bullying message so du jour, so important and so very Wicked.

While I can’t say I love Mika – I really do find his songs are like an entire bag of sour keys, pure sugary adrenaline at first, but a horrible tooth/earache by the fifth listen – I have to wish more people would incorporate Broadway showtunes into their Top40 hits. Because, yet again, the more people hear the work re-appropriated, the more they’ll be encouraged to seek out the original.

So why isn’t there more Broadway sampling in our TV, movies, music? Why doesn’t CTV pony up on the musical theatre express? Can someone call Drake and get him to create a mash-up of “Totally Fucked” and “Miracle?” Because, if Ken Davenport has any idea what he’s talking about, for Toronto theatre to thrive we’ve got to get people to notice us in their everyday media consumption.