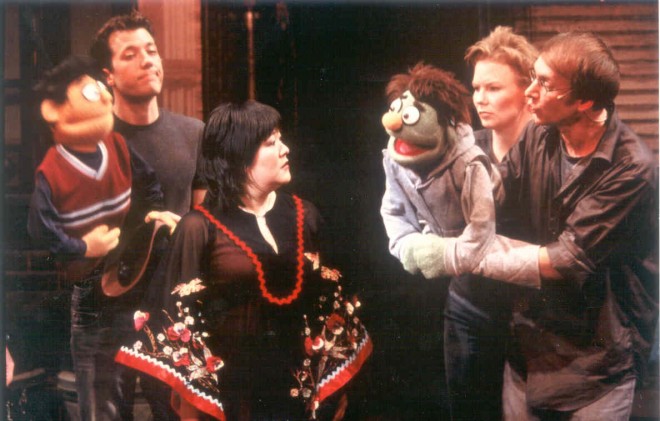 While my list of “favourite musicals” constantly evolves as more shows are written, the one constant over the past decade has to be Avenue Q. This brilliant show was conceived by Robert Lopez and Jeff Marx with a book by Jeff Whitty (Bring It On) and direction from Jason Moore (Pitch Perfect).  Avenue Q has to be among the funniest shows ever written.

The performance of “It Sucks To Be Me” on the 2004 Tony Awards definitely sold the show as the witty no holds barred piece that is is. You gotta love the giant “!@*%” censor on the screen as the producers of the show decided to not modify the language for television. Imagine if Spring Awakening did the same thing?

Fun fact: Robert Lopez also wrote music and lyrics for The Book of Mormon and co-wrote the Disney blockbuster Frozen with his wife Kristen Anderson-Lopez.

P.S. It is incredible to think that a small R-rated musical about puppets won Best Musical over the mega hit Wicked, the critics’ darling Caroline, or Change, and the Hugh Jackman-led The Boy From Oz.