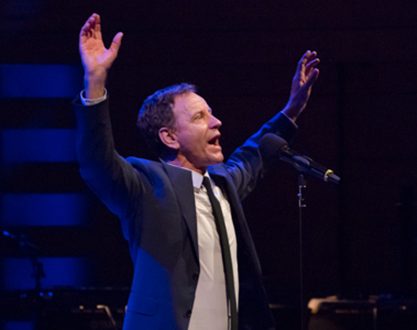 If you attended one of our two performances of UnCovered: Billy Joel & Elton John this week, then you were lucky enough to see the virtuosic theatrical experience that was Brent Carver singing Sir Elton’s timeless tune “Rocket Man,” turning it into a trippy and solemn take on addiction.

But he’s not the first one to take the road less travelled with “Rocket Man.” Here are some of our favourite covers musical history.

William Shatner (In his version of “singing”)

Stewie, from Family Guy (In his version of “William Shatner”)

Jeffrey Straker (Our very own Piano Man from UnCovered!)