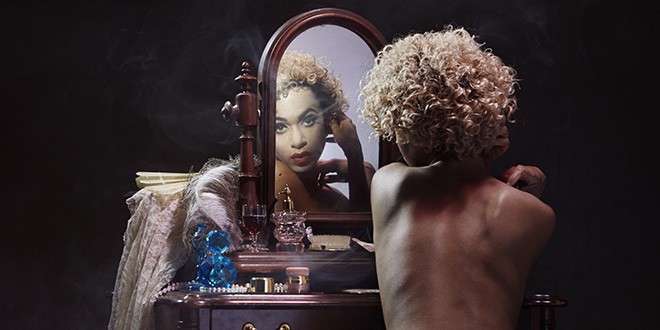 Is this your first time working with LaChiusa’s music? And if not, when was your first encounter?

This is the first time I have done one of his full shows. I have played his music in master classes and I actually got to teach “People Like Us” in One Song Glory 2012. But I have been a fan of LaChiusa for a while now. I think my first encounter was playing “Tom” from Hello, Again. It is one of the most sensual songs I can think of for musical theatre. I was obsessed with it and then immediately became familiar with all of his other shows. I love his music. It is so challenging to the player and listener, but it is that daring quality that I love in his music. I find that its foundations are so technical, theoretical and mathematical, but yet the ultimate product is intensely human and natural. That aspect of his composition astounds me and I find so fascinating.

What was your first impression of The Wild Party?

What have you discovered about the music, or the show in general, during rehearsals?

As we explore the vaudeville nature of the show, I am realizing more and more how ingrained it is in the music and how well it describes the chaotic environment of the 20’s and the chaotic internal environment of the party and these characters. Particularly with Burrs (played by Daren A. Herbert) – he is such an unpredictable and turbulent character with the ability to violently explode at any moment. His deterioration is demonstrated so well through the progression of his songs.”Marie is Tricky” in the opening is a classic vaudeville number, but hints at the instability underneath his mask. “Wouldn’t It Be Nice” towards the middle of the show starts to show fractures appearing in his mental state. And by the time we hit “How Many Women in the World?” towards the end of the show, he sings with the most jagged and manic melody, and the music has an incessant bass drive underneath, but all the while it still has those typical vaudeville features. That vaudeville style of music – the speed at which one spits out the words, the chromatic melodies, and the erratic flips and flops of tempos – is a perfect embodiment of the tension between how we behave on the outside and what is lying underneath, which is central to what The Wild Party is about.

What’s your favourite song or selection of music in the show?

It changes so much for me lately. Coming in to rehearsals, my favourite was “Black is a Moocher.” I love songs with a slow burn to them like that. They are really fun to play. Coming home from rehearsal today, I love “When It Ends” – I think our Dolores, (played by Susan Gilmour) is sensational in that number. But other standouts for me are “Moving Uptown,” “This Is What It Is,” “People Like Us,” and “Wild!” (how can you not love that number?).

What excites you about The Wild Party?

This show feels like you are shot out of a cannon (as Robert McQueen, our director, describes it). That feeling of the entire cast and band being on this rollercoaster and hanging on is incredibly exciting. And because it actually does reach a point at the end where there is some release, but maintains such humanity to it, it makes it all the more satisfying as a piece.

What are you excited for the audience to experience in learning the music with you?

I always like seeing how people understand the music they are learning or singing in a new light. While teaching, it is always a joy to witness that moment where they have a realization of what the music means beyond being a black dot on a page and that there is always a purpose and reason to why each little bit of music was written the way it was.