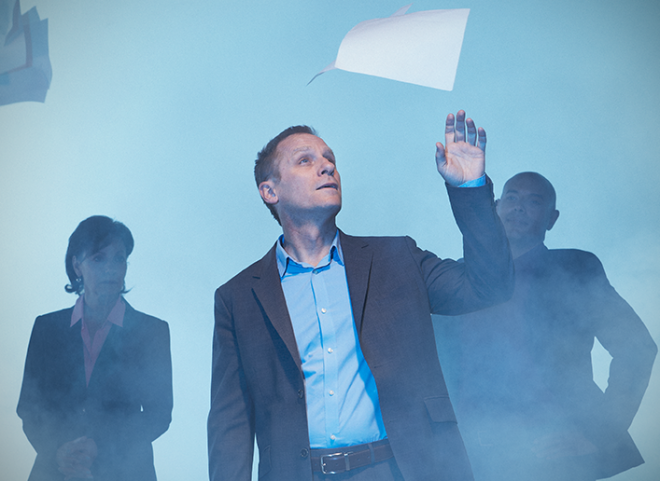 Elegies is a celebration of life and music penned by Tony Award winning composer and lyricist William Finn. Elegies commemorates the lives of people both real and fictional with rousing theatricality and unforgettable songs. From Finn’s friends, to his mother, to his dogs, to the victims of the World Trade Centre collapse, these characters and their stories will enchant and enrich your spirit in this stunning masterwork that celebrates the human experience and life’s infinite joys.

Check out our video trailer!

More profound the second time around. Take yourself to Elegies. Yes, it’s that good! **** (out of 4)

An encore that years later feels fresh. Pulses with the wonder and delight of being alive *** (out of 4)

— Martin Morrow, The Globe and Mail

— Michael Englebert, The New AM740

The cast of five is wonderful. The show is a gem.

So fined-tuned and spectacularly voiced turn[ing] heartbreak and tears into magic and inspiration!

Friends and colleagues of the composer’s who have died over the last two decades are resurrected in playful lyrics burstling with internal rhymes that remember them in all their quirky vitality.

This song cycle provided some of the most powerful moments I’ve experienced in musical theater.