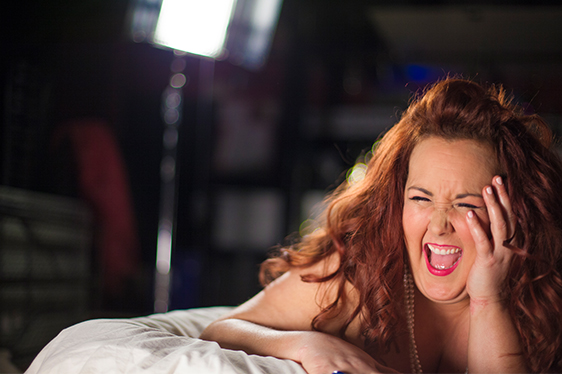 Sharron Matthews, the “Canadian Goddess of Cabaret” (Scotsman Newspaper), is bringing her new show Girl Crush to Toronto! Aptly described as the love child of Jack Black and Bette Midler and known across the internet as “Joan the Secretary” from Tina Fey’s Mean Girls, Sharron is taking over the High Park Amphitheatre with her exhilarating cabaret for one night only.
Girl Crush is an inspiring, moving and hysterical musical journey that weaves Sharron’s singular re-imaginings of the diverse music of artists such as Kim Carnes, The Police, Blondie, Rick Springfield, Beyonce and Cyndi Lauper into tales of heartbreak, obsession, awe and love. Don’t miss your chance to hear an incomparable artist at the top of her game under the stars.
#GirlCrushTO
#MondayInTheParkWithSharron

Developed, in part, with Lunchbox Theatre in Calgary, AB

4/4 STARS – Girl Crush is as achingly personal as it is immensely entertaining.

A brilliant piece of comedy cabaret. Sharron Matthews is a redheaded Canadian goddess of cabaret, a real superstar.