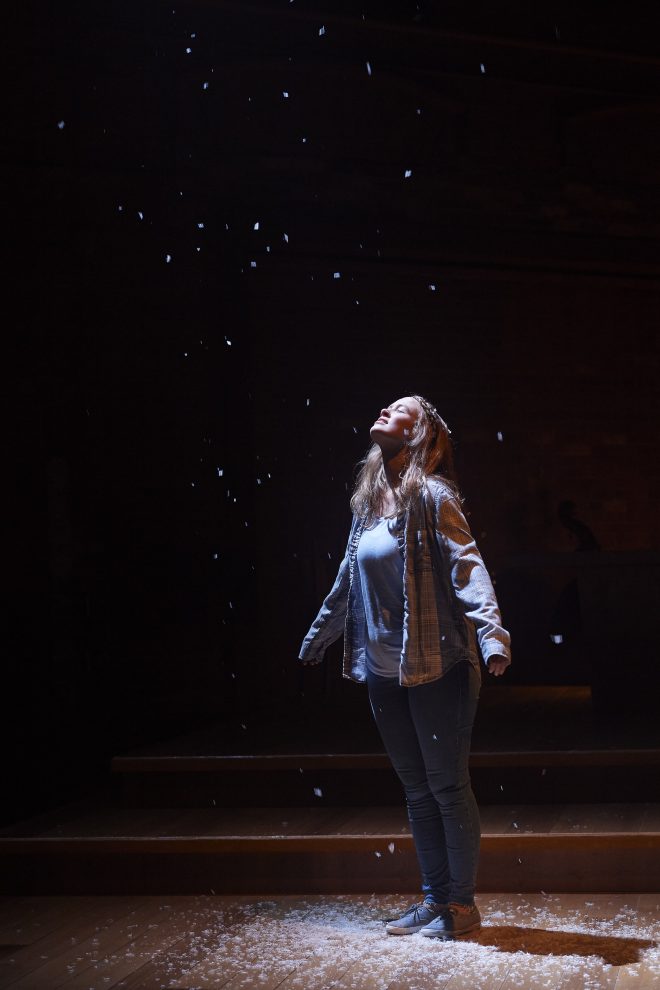 As a celebrated Self-Help Guru, Frank Carter seems to have the answer to the meaning of life, but when he smashes into a truck on her 16th birthday, his daughter Alice is left to pick up the pieces and solve the puzzle for herself. An expanded and reworked production of the 2016 hit Fringe musical, Life After is a genuine and funny story of love, loss and vivid imagination from one of the most exciting new voices in Canadian musical theatre.

Life After is this first production to be a part of The Crescendo Series, a three-year commitment by The Musical Stage Company to produce the work of Britta Johnson and her collaborators.

Britta Johnson’s Life After will continue its development at the Old Globe Theatre in San Diego, California as part of their 2018-19 season. The Old Globe is one of the most prominent theatres in the US. They’ve sent over 20 productions to Broadway which have garnered 13 Tony Awards and numerous nominations. The Old Globe itself was the recipient of a Tony Award for Outstanding Regional Theatre in 1984. For more information, click here.

“An intense, layered whirlwind of humour, grief and humanity. There’s no doubt there will be life after Life After.”
– The Toronto Star

musical supervision, orchestrations and arrangements by

Life After by composer/lyricist Britta Johnson is getting a note-perfect premiere that is also a milestone for musical theatre production in Toronto.

An intense, layered whirlwind of humour, grief and humanity. There’s no doubt there will be life after Life After.

The real star is Johnson, who, judging from this score and the maturity of her vision, has a long career ahead of her.

The score’s best feature: its capacity to make every song a piece of the action, physical or emotional or both. That’s a Sondheim quality, and we’re in his territory

More intelligent than Next To Normal. Its last scene had me tearing up.