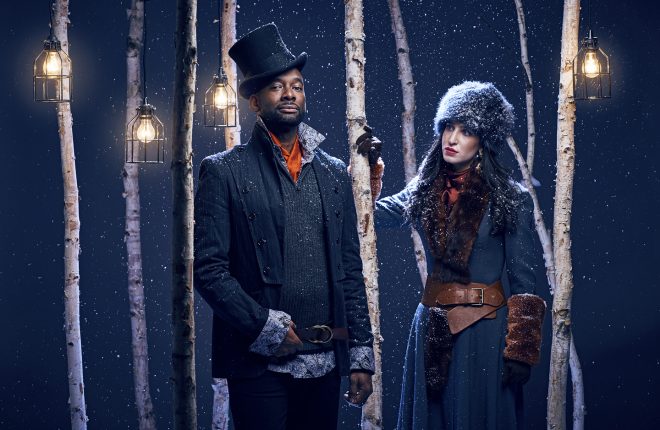 A thrilling, contemporary adaptation of Pushkin’s timeless poem and Tchaikovsky’s renowned opera, Onegin features a high-energy musical score to tell a sweeping tale of unrequited love, infatuation, and intrigue.  When the young and innocent Tatyana falls in love with the self-obsessed aristocrat Onegin, he firmly rejects her, arousing passionate love letters, noble duels and second chances.

A new Canadian musical from two of the creators of Do You Want What I Have Got? A Craigslist Cantata, Onegin wowed west coast audiences in 2016 winning an unprecedented 10 Jessie Awards. Through Hille and Gladstone’s original, rousing score, audiences are swept into a musical experience as immersive as love itself.

Hille and Gladstone’s score is a major accomplishment.