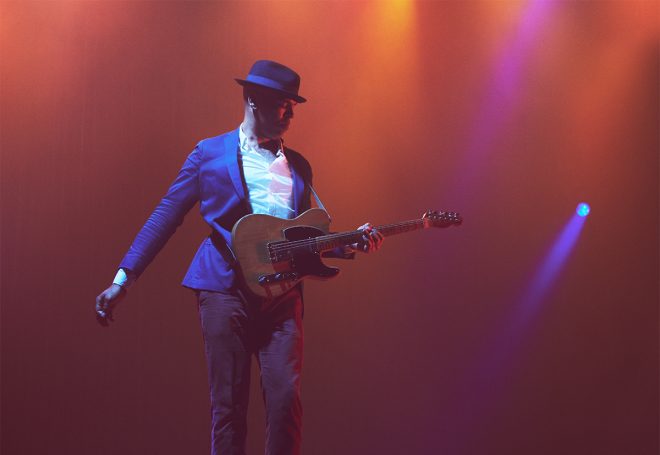 Passing Strange is a bold coming of age story told through sex, drugs and rock ‘n’ roll. In the late 1970s, a black teen is driven from Los Angeles to Amsterdam and Berlin in search of himself and a place to call home.

Fusing punk rock, R&B and soul, and performed at Toronto’s preeminent music venue the Opera House, Passing Strange is unlike any musical you’ve seen before. Winner of the 2008 Tony Award for Best Book of a Musical and three Drama Desk Awards including Best Musical, don’t miss the show that has been universally applauded for its originality, authenticity, and powerful score.

#PassingStrangeTO
Passing Strange is a 19+ production

“The musical anyone who adores ‘Hamilton’ must see”
– The Washington Post

If you are traveling by transit: Take the Yonge Subway to King Station, transfer to the 503 West Streetcar (towards York) and get off at Queen St East at Broadview Ave. Walk east, about 1 minute. The Opera House is located on the right.

Smashes Broadway clichés with an electric guitar and the funniest libretto I can remember.

Call it a rock concert with a story to tell, trimmed with a lot of great jokes. Or call it a sprawling work of performance art, complete with angry rants and scary drag queens… I’ll just call it wonderful.

Thank you to Tim Kinley & GROOVE MANEUVERS ARCHIVES for our
funky pre-show playlist.