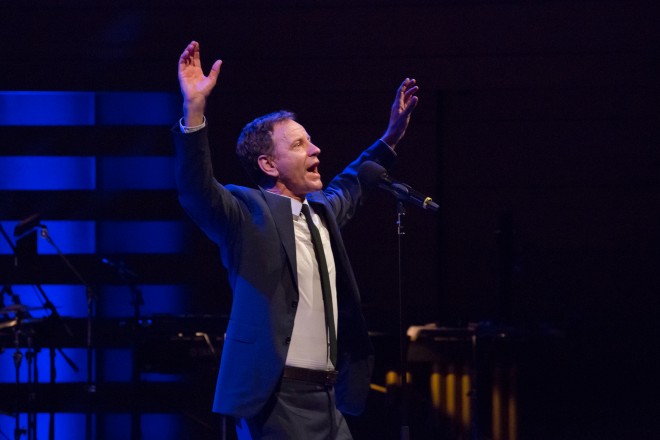 “Under Pressure”, “Somebody to Love”, “Space Oddity”, “The Show Must Go On”, and “Changes”. Freddie Mercury and David Bowie each transformed the music landscape with their brilliant songwriting and fierce individuality.

Experience music director Reza Jacobs’ wildly imaginative and theatrical arrangements as some of Canada’s greatest musical actors from Broadway, Mirvish, and the Stratford and Shaw Festivals bring their songs to life in a way that makes you hear them again for the first time.

The Royal Conservatory building is called the TELUS Centre for Performance and Learning, located on the south side of Bloor Street, between the Royal Ontario Museum (ROM) and Varsity Stadium.

Please note,  all bar & concession stands are cash only at Koerner Hall.

The following parking lots are within walking distance of The Royal Conservatory’s TELUS Centre for Performance and Learning:

Discounts available for groups of 8 or more!

• Best seats in the house for UnCovered: Queen & Bowie

• Post-show, meet the cast of UnCovered in a private on-stage experience

Don’t miss out on a fabulous night of mind-blowing entertainment. Contact Erin Schachter, Executive Director, Advancement at (416) 927-7880 x224 or erin@actingupstage.com to book your group today.

Acting Up Stage Company’s annual Uncovered concert is my favourite event of the year.