The Company of A NEW BRAIN. Photo by Joanna McDermott
Share

Frogs, sail boats, kiddie TV, overbearing Jewish mothers, and arterial venous malformations. When a frustrated children’s television composer is struck with a rare brain disorder he faces the possibility of his own mortality in the hospital with his friends, family and nurses. As the doctors race to save his life, Gordon realizes that his greatest fear is dying with his best songs still inside him; and so, from his hospital bed, they come to life in his room. Both zany and heartbreaking, A New Brain looks at celebrating life through heart and music. 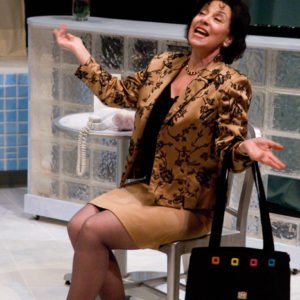 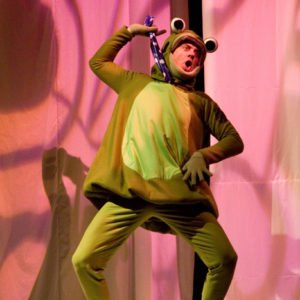 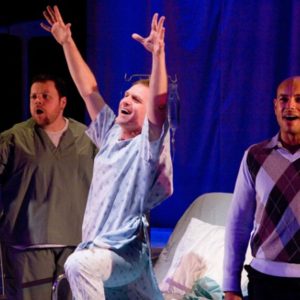 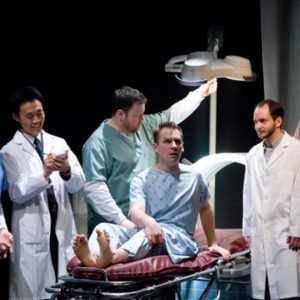 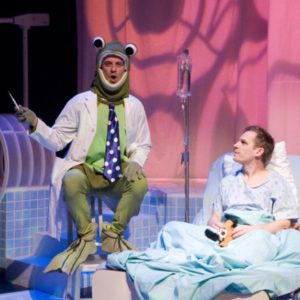 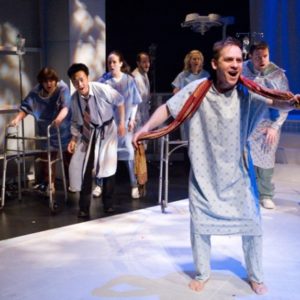 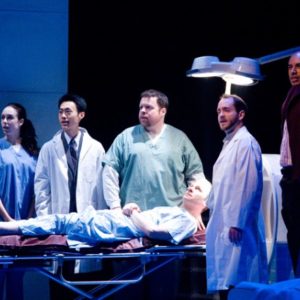 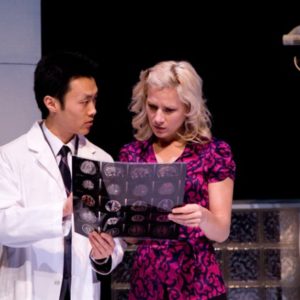 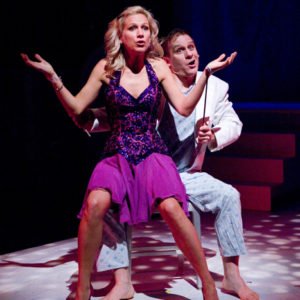 Acting Up Stage, who specialize in bringing offbeat musicals to Toronto, have done this one very well with the director, Daryl Cloran, delivering a faultless production that moves smoothly, sensitively and inventively from one mood to the next. Robert Cushman, National Post

The show has moments so wonderful you will want to cry or cheer. Richard Ouzounian, The Toronto Star

A New Brain is an absolutely charming and inventive musical from beginning to end, staged with great wit and imagination by Daryl Cloran. Christopher Hoile, EYE Weekly

by William Finn and James Lapine