‘Tour’ the musical world with The Musical Stage Company as we travel to Vancouver, New York, and London to stream three utterly unique digital musical experiences.  Each virtual theatre outing includes a curated pre-show chat with a member of the musical’s creative team, a ticket to the event and a facilitated post-show discussion and analysis with Artistic & Managing Director, Mitchell Marcus. Purchase a standalone ticket to the production of your choice or the full theatre tour pack to ‘travel’ the theatre world with us this winter!

DO YOU WANT WHAT I HAVE GOT? A CRAIGSLIST CANTATA 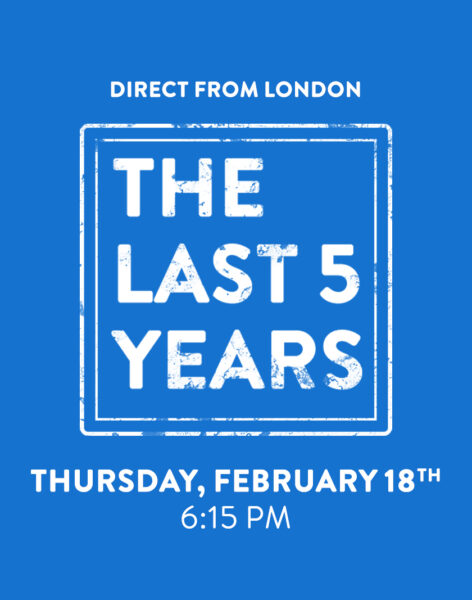 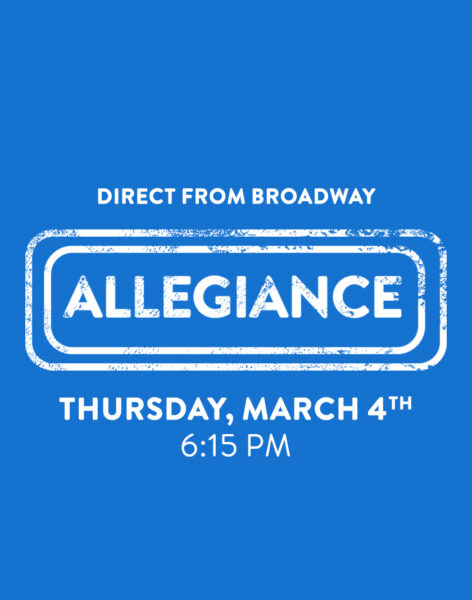 DO YOU WANT WHAT I HAVE GOT? A CRAIGSLIST CANTATA

Welcome back the cast of wild and wacky characters from the Craigslist community as they attempt to buy and sell online, all the while longing and searching for human connection.

Revisit one of the most popular and critically acclaimed shows to come out of Vancouver in the last decade! This time with a fresh, new perspective on social isolation and live-streamed from all around The Cultch—resulting in a witty and poignant exploration of physical distancing, then and now. Featuring the original songs ‘300 Stuffed Penguins,’ ‘Chili Eating Buddy,’ ‘Decapitated Dolls,’ and more. Click Here to learn more.

Jason Robert Brown’s Drama Desk Award-winning musical, THE LAST FIVE YEARS, is an emotionally powerful and intimate show about two New Yorkers who fall in and out of love over the course of five years.

The musical’s unconventional structure unfolds as Cathy tells her story in reverse, from the end of their turbulent relationship, whilst Jamie tells his story chronologically from the spark of their initial meeting. The two characters meet only once, at their wedding in the middle of the show.

Now, this iconic musical returns in a bold new actor-musician production with the actors on stage at all times and playing the piano to add a new narrative dimension to the story, accompanied by a four-piece band. Click Here to learn more.

Inspired by the early life experiences of actor George Takei, ALLEGIANCE tells one family’s unheard story of intense patriotism during the Japanese American internment of World War II. The filmed presentation of the 2015 Broadway musical Allegiance was professionally recorded to preserve the groundbreaking narrative.

Sammy and Kei Kimura, Japanese American siblings living in California, hold opposing views of how best to counter the anti-Japanese sentiments sweeping America after the attack on Pearl Harbor. Sammy elects to join the 442nd Regimental Brigade as a sign of loyalty and solidarity, while Kei protests the unjust treatment of her race and calls for fairness. In a time of chaos and fear, both protagonists seek freedom and acceptance for themselves, their family, and their culture.  Click Here to learn more.

3 TRIPS – BUNDLE!: $90 ($15 savings on fees applied automatically at checkout when you select all three shows, one ticket needed per household per show)

1 TRIP – CRAIGSLIST CANTATA: $35 (including fees, one ticket needed per household)

1 TRIP – THE LAST FIVE YEARS: $35 (including fees, one ticket needed per household)

1 TRIP – ALLEGIANCE: $35 (including fees, one ticket needed per household)

PLEASE NOTE: Each show will be distributed in a unique way (i.e. some shows may stream directly through Ticketspice while others may be accessible via a different streaming platform or link), we will ensure that you receive an email from us no later than 1 day before the scheduled date of the show that outlines where to join the Zoom rooms for the pre & post-show chats and how to watch the specific show. Tickets are per household (not per person).

Have questions about the Musical Theatre Passport? Contact us at ticketing@musicalstagecompany.com