The Preposterous Predicament of Polly Peel

THE PREPOSTEROUS PREDICAMENT OF POLLY PEEL explores a family grappling with death through the eyes and imagination of a biology-obsessed eleven-year-old girl. Originally inspired by acclaimed Canadian painter Paul Peel’s ‘The Young Biologist’, an early incarnation was presented in 2016 at The Art Gallery of Ontario as part of The Musical Stage Company’s Reframed. 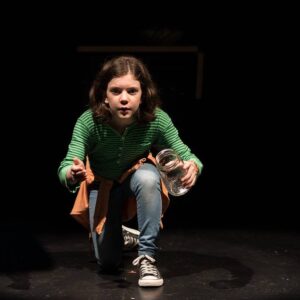 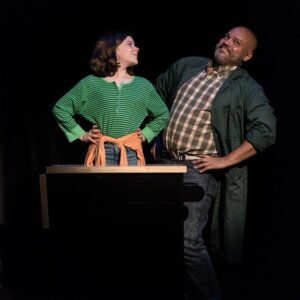 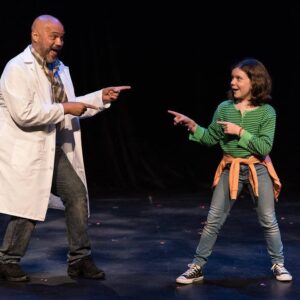 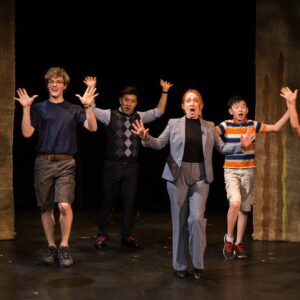 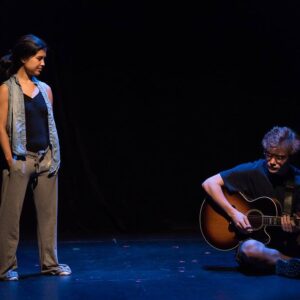 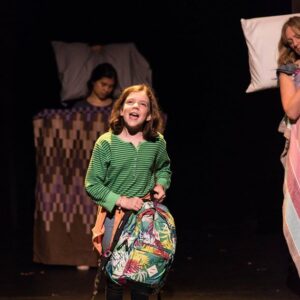 Commissioned with funding by the Aubrey & Marla Dan Fund for New Musicals.

Music and Lyrics by
Kevin Wong

Julie Tepperman is a Dora nominated and published playwright, Dora award-winning actor, and avid arts educator. She is the co-Artistic Leader of Convergence Theatre, with Aaron Willis.

Julie’s work as a playwright ranges from full-length plays, one acts, and shorts, as well as books for musicals and librettos for operas. She has a particular interest in writing plays with site-specific intentions, as well as creating one-on-one encounters in unique and intimate settings.

Julie has received several Toronto and Ontario Arts Council playwriting grants, as well as a Canada Council for the Arts grant which funded her Playwriting Residency at Theatre Passe Muraille, where she largely developed her play YICHUD (Seclusion).  She was invited to participate in The Stratford Festival’s 2017 Playwrights’ Retreat, and was one of a handful of Canadian playwrights selected to participate in The Musical Stage Company’s programs NoteWorthy & ReFramed, and Tapestry Opera’s LibLab. Julie’s work is published with Playwrights Canada Press.

Julie is also an actor, and has performed with indie theatres across Toronto, including:  The Theatre Centre, Crow’s Theatre, Outside the March, Precisely Peter Productions, Binocular Theatre (to name a handful), as well as several Fringe/Next Stage Festival productions, and two seasons at The Stratford Festival, where she is a graduate of The Birmingham Conservatory for Classical Theatre Training, and a regular teaching artist.

Julie has written several articles for The Canadian Theatre Review, was a co-producer for the political pop-up event The Wrecking Ball for three years (including lead-producing an evening dedicated to renowned playwright Edward Bond, at which he was present). She was Board President of Generator for three years, and is a proud recipient of a Harold Award for her work in indie theatre.

Julie continues to be a teaching artist with The Stratford Festival, is a guest artist in high schools for school boards across Ontario, and is a regular arts educator & youth mentor with the Luminato and Paprika Festivals. She is also a guest teacher at Ryerson University’s ACT II Studio, The University of Toronto’s Continuing Education Program (where she teaches Intro to Playwriting), Humber College, and George Brown Theatre School, where she herself is a graduate.

NOW Magazine selected Julie as an “Artist to Watch” in their August 8, 2019 issue for her SummerWorks installation Worry Warts.

Kevin Wong is a Toronto-based composer-lyricist, singer/musician, and dramaturg.

Kevin is an Artistic Associate at the Musical Stage Company. He is a member of the vocal group Asian Riffing Trio (with Chris Tsujiuchi and Colin Asuncion).