Linda Kash in YOU ARE HERE. Photo by Stephen Wild.
Share

On the night of the 1969 moon landing, an ordinary housewife walks out on her husband for no real reason. She has never been unhappy; she simply sees the astronauts taking that great step and is struck by the realization that some people lead exciting lives. And so she sets out to find one for herself. YOU ARE HERE is a musical that asks whether the grass is always greener on the other side. 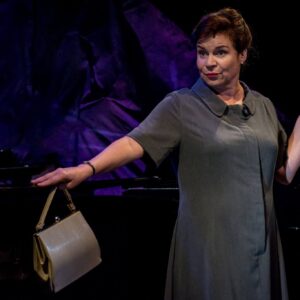 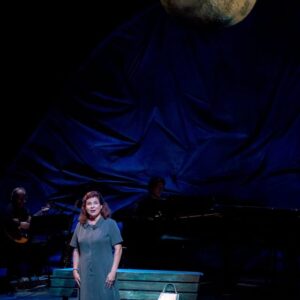 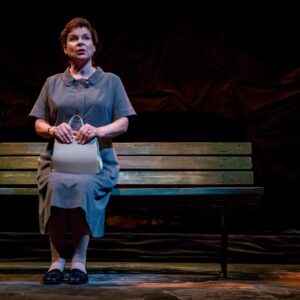 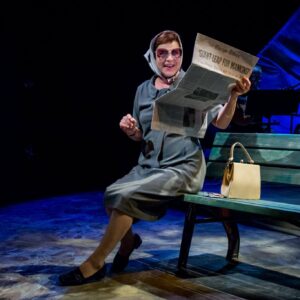 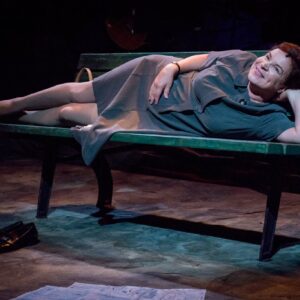 Commissioned by The Musical Stage Company with funding by the Aubrey & Marla Dan Fund for New Musicals.

Produced in association with 1000 Islands Playhouse.

Music and Lyrics by
Neil Bartman

As an actor, Brian spent three seasons with the Shaw Festival, appeared as Raoul in the Toronto production of The Phantom of the Opera and as Joe Gillis in Sunset Boulevard. For the Stratford Festival he directed Gilbert and Sullivan’s Patience and was associate director Man of La Mancha and Fiddler On The Roof. He was resident director of the Toronto, Vancouver and national companies of Forever Plaid and served as associate director for the U.S. national tours of Sunset Boulevard and The Sound of Music. He was director and dramaturge of Come From Away for the CMTP, Goodspeed Musicals and NAMT. For Disney Theatrical Productions he was resident director of the Toronto and Broadway companies of The Lion King and associate director of Broadway’s The Little Mermaid.

With composer/lyricist Neil Bartram he has written The Adventures of Pinocchio, The Theory of Relativity and The Story of My Life, which premiered on Broadway in 2009, earning four Drama Desk Award nominations (Outstanding Musical, Music, Lyrics, and Book). Current Bartram and Hill projects include Bethune and Senza Luce (CMTP), Belles Soeurs, You Are Here, Bedknobs and Broomsticks and Something Wicked This Way Comes (Delaware Theatre Company – 11 Barrymore Award nominations). Brian wrote the new book for the Old Globe’s production of October Sky and the revised book for the Goodman Theatre’s acclaimed production of Brigadoon.

The Story of My Life and The Theory of Relativity are licensed by Music Theatre International. The Adventures of Pinocchio is licensed through Concord Theatricals.

Cast albums include The Story of My Life and The Theory of Relativity (both on PS Classics).

Neil is the composer and lyricist of Broadway’s The Story of My Life with book writer Brian Hill (four Drama Desk Award nominations including two for Neil – Outstanding Music and Outstanding Lyrics). His adaptation of Carlo Collodi’s The Adventures of Pinocchio was commissioned by Chicago Shakespeare Theater and is now licensed through the Rodgers & Hammerstein Organization. His musical The Theory of Relativity, commissioned by Sheridan College and their Canadian Music Theatre Project, was written specifically for and about college age students and had its US premiere at Goodspeed Musicals in 2015 with its London premiere in the same year. It is now licensed worldwide by Music Theatre International. Neil also wrote the score for Chicago Shakespeare Theater’s and Asolo Rep’s productions of Shakespeare in Love.

Current projects include Senza Luce and Bethune (both commissioned by the CMTP), You Are Here (commissioned by the Signature Theatre), a musical adaptation of Michel Tremblay’s play Les Belles-Soeurs, a musical based on Ray Bradbury’s classic novel Something Wicked This Way Comes (11 Barrymore Award nominations) and the stage adaptation of Disney’s beloved film Bedknobs & Broomsticks, all with book writer Brian Hill. Neil’s awards include the ASCAP Foundation’s Yellen Award, a Jonathan Larson Foundation Award, a Dramatists Guild Fellowship, and a Dora Award.

Cast albums include The Story of My Life and The Theory of Relativity (both on PS Classics).

Neil is a member of the Dramatists Guild, ASCAP, and is an alumnus of the BMI Lehman Engel Music Theatre Workshop.

Neil is published by Warner/Chappell Music.