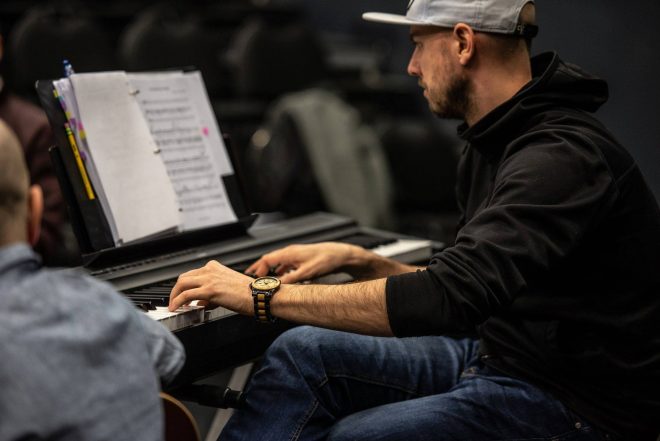 Set at a Catholic high school in suburban Calgary, Monoceros illustrates just how painfully un-evolved high schools remain, even in the era of “It Gets Better”. Kids can be cruel and indifferent, and so can teachers and parents – dangerously so. Monoceros is based on the award winning novel by Suzette Mayr.

The Monoceros team was given a 1 week writing retreat and workshop in October 2018 with a cast of 5 all-star Toronto actors. Photos for the workshop below: