Ellen Denny in LIFE AFTER. Photo by Michael Cooper
Share

As a celebrated Self-Help Guru, Frank Carter seems to have the answer to the meaning of life, but when he smashes into a truck on her 16th birthday, his daughter Alice is left to pick up the pieces and solve the puzzle for herself. An expanded and reworked production of the 2016 hit Fringe musical, LIFE AFTER is a genuine and funny story of love, loss and vivid imagination from one of the most exciting new voices in Canadian musical theatre. 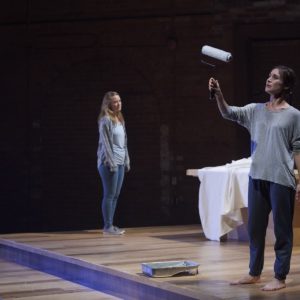 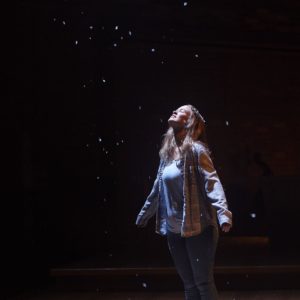 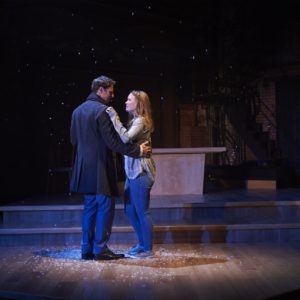 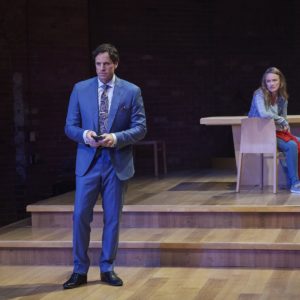 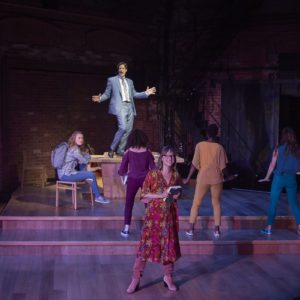 Britta Johnson’s LIFE AFTER is set to continue development with a new production announced as part of Arena Stage’s 2020-21 season.

Hailed by The Toronto Star as “a major talent,” Johnson is one of the most extraordinary voices in Canadian musical theatre. Her collaboration on the immersive musical Brantwood helped make it the must-see theatre event of 2015, winning the Audience Choice Dora Award. In 2016, she was nominated for two Dora Awards for Best New Musical – one for her original Jacob Two-Two score at Young People’s Theatre (with Anika Johnson), and one for The Musical Stage Company’s Reframed inspired by and performed in front of a painting at the Art Gallery of Ontario (with Sara Farb). Her musical Life After won the inaugural Paul O’Sullivan Prize for musical theatre, was the runner up for the 2015 Stage West Pechet Family Musical Award and was a Patron’s Pick in the 2016 Toronto Fringe Festival. Most recently Britta wrote music and lyrics for the 2017 Dora Award nominated Stupidhead!, was librettist for choreographer Robert Binet’s adaptation of “The Kreutzer Sonata” with Ballet Moscow, and created Trap Door, a collaboration with Anika Johnson and Morris Panych, produced by Theatre Sheridan in the fall of 2017.

Lynne Shankel is an award-winning orchestrator and arranger living in the New York City area. Lynne was recently the music supervisor/arranger/orchestrator for ALLEGIANCE starring Lea Salonga and George Takei on Broadway. Her diverse musical background has led her to write orchestrations and arrangements for everyone from Chita Rivera, the New York Pops and Raul Esparza to Tony Award winner/Bon Jovi member David Bryan and the Radio City Christmas Spectacular. She was music director/arranger for the B?way production of CRY-BABY, as well as the resident music supervisor for the Tony-award winning revival of COMPANY, for which she conducted the Grammy-nominated cast album. She was music director/arranger for the Off-Broadway hit ALTAR BOYZ, for which she received a Drama Desk nomination for orchestrations. Lynne received a second Drama Desk nomination for her work on THE EXTRAORDINARY ORDINARY (by Paul Loesel and Scott Burkell) in 2010. In 2012, she received the Craig Noel Award for Outstanding Orchestrations in San Diego for her work on ALLEGIANCE. In 2014, Lynne was orchestrator/arranger for the world premiere of CHASING THE SONG (music by David Bryan, book by Joe DiPietro ) at La Jolla Playhouse. She was orchestrator/music director for the acclaimed revival of ONCE ON THIS ISLAND at the Papermill Playhouse (directed by Thomas Kail) and the music supervisor, arranger and co-orchestrator for BARE THE MUSICAL. She also collaborated with lyricist Jon Hartmere to provide the new songs for that production which are featured on her new album, Bare Naked. Proud graduate of the University of Michigan.

Anika Johnson is a Toronto based writer and performer. With her sister Britta, she has collaborated on the score for Brantwood (Sheridan College; Audience Choice Dora winner) and Jacob Two-Two Meets the Hooded Fang (Young People’s Theatre; 2016 Dora nominee, best new musical). They are currently developing a new musical with bookwriter Morris Panych through the Canadian Musical Theatre Project, as well as a site-specific electro-cult-musical for Outside the March/The Musical Stage Company.

Anika has participated in Theatre 20’s Composium and The Musical Stage Company’s Noteworthy program and holds an acting degree from Ryerson Theatre School. Performing credits include seasons with the Stratford Festival and Drayton Entertainment and international touring with Corpus DanceProjects and Wannabe: The Spice Girls Tribute Band.