Set at a Catholic high school in suburban Calgary, Monoceros illustrates just how painfully un-evolved high schools remain, even in the era of “It Gets Better”. Kids can be cruel and indifferent, and so can teachers and parents – dangerously so. Monoceros is based on the award winning novel by Suzette Mayr. 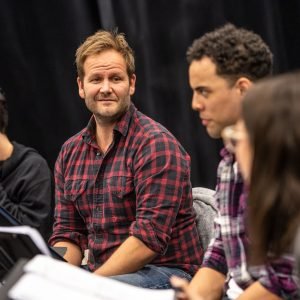 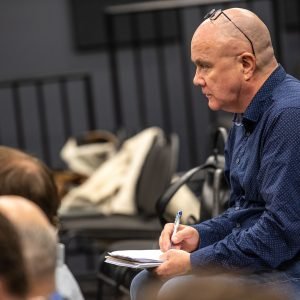 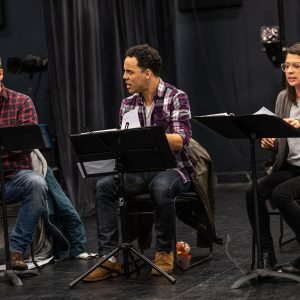 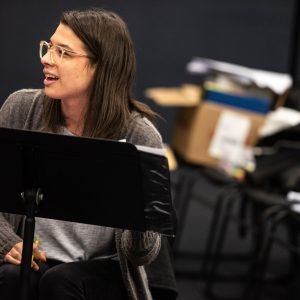 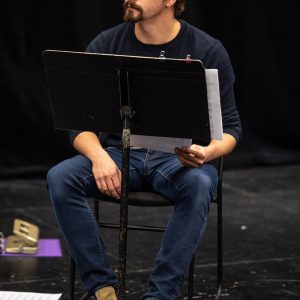 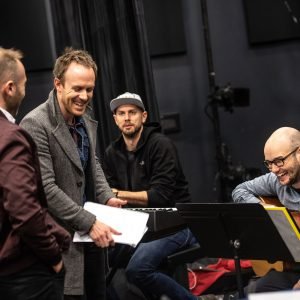 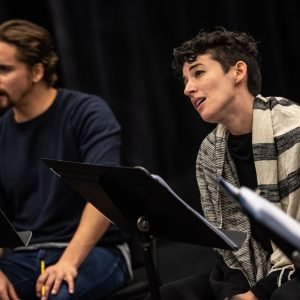 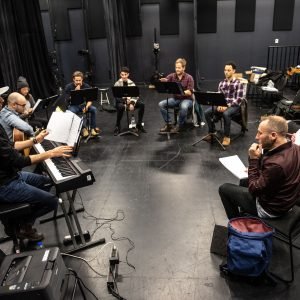 Commissioned by The Musical Stage Company with funding by the Aubrey & Marla Dan Fund for New Musicals.
The stage production of Monoceros – A Musical is licensed by arrangement with Coach House Books

Adapted from the Novel by
Suzette Mayr

Direction and Dramaturgy by
Meg Roe

Ben Elliott was born and raised in Toronto, Ontario. As one of four siblings, he had a built in audience that he sought to entertain. And entertain he did: at the age of two he delighted the kids on the school bus picking up his brothers by putting on a bunny costume and popping out from a new hiding place every morning. His first regular gig. Growing up in a musical family meant that piano lessons were complemented by family jam sessions. Recitals quickly gave way to composing, and included such classics as ‘Hotels & Motels’ & ‘Freddy The Squirrel’.

A naturally adventurous streak, coupled with a natural athleticism meant more trips for Ben to the ER than for most kids. The common theme was that every injury was self-inflicted, and earned often in the pursuit of comedy.

After high school, Ben attended Bishops University, earning himself a BA in Philosophy, but also enjoyed all the extra curricular that University life had to offer. He entertained countless keg parties and outdoor gatherings with his band ‘The Water Solubles’, he participated in the drama department’s countless productions, he hosted his own radio show, “Musical A.D.D.” on CJMQ 88.9, and he also sang with the Bishops University Singers, under the direction of Jamie Crooks.

At Kilcoo Camp, a summer camp based in Minden ON, Ben found not only a captive and enthusiastic audience as the camp piano player, but also a new appreciation for the power of theatre and music: he directed his first shows there – Andrew Lloyd Webber’s Joseph and The Amazing Technicolor Dreamcoat and David Mamet’s The Revenge of the Space Pandas or Binky Rudich and the Two-Speed Clock.

Life took Ben to Vancouver, where he jumped feet first into the Studio 58 Acting programme at Langara College. Developing his skills with the holistic approach proscribed there allowed him to explore writing, acting, directing and composing. While there he was awarded the Sydney J. Risk Foundation Acting Prize in recognition of outstanding skills in acting and the Gertrude Langridge Theatre Arts Scholarship for exhibiting strong and consistent contribution to the Theatre Arts ensemble. While there, Ben also teamed up with fellow student Anton Lipovetsky and Hannah Johnson, and co-created The Park, which had two productions at the school and won an Ovation award for Best New Musical. He has continued write with Anton and is currently collaborating with him, Josh Epstein and Kyle Rideout to convert the novel Monoceros by Suzette Mayr into a new Canadian Musical. They were just awarded a commission from the Aubrey & Marla Dan Fund for New Musicals from The Musical Stage Company in Toronto as well as a Canada Council grant to continue its development.

Since his graduation from Studio 58, Ben has worked across Canada, as an actor, musical director, composer and sound designer. Companies he has worked for include Carousel Theatre, Western Canada Theatre, Theatre Replacement, The ArtsClub, The Citadel, Royal Manitoba Theatre Centre, Prairie Theatre Exchange, Theatre Passe Muraille, The Firehall Arts Centre, Pacific Theatre, The Yukon Arts Centre, and Bard On The Beach, where he is also an Artistic Associate. Ben is an 8 time Jessie Richardson Award nominee and In 2012 won a Jessie for his Musical Direction in Bard’s production of The Merry Wives Of Windsor.

Anton Lipovetsky is a theatrical composer, lyricist, performer and educator based in Vancouver, Canada.
Anton participated in The Musical Stage Company’s inaugural LAUNCH PAD program where he collaborated with Steven Gallagher on Cygnus, a thirty-minute musical about the Northeast blackout of 2003. An expanded, full-length version commissioned by The Musical Stage Company retitled BLACKOUT will premiere at Canadian Stage in May of 2021. Also in 2021, Anton’s collaboration with playwright Dave Deveau called This Is It (a contemporary musical about violence and student activism in American high schools) will premiere in Nashville, Tennessee at the Nashville Children’s Theatre. Other musicals Anton has written music for include Elbow Room Café (ZeeZee Theatre), Best Laid Plans (Touchstone/Patrick Street), cool beans (Solo Collective), Broken Sex Doll (Virtual Stage/The Cultch) and FLOP! (Delinquent Theatre).
As an actor, Anton has performed across Canada including the National Arts Centre, the Luminato Festival, Banff Arts Centre, Arts Club Theatre, Caravan Farm Theatre, Belfry Theatre, and five seasons at Vancouver’s Shakespeare festival, Bard on the Beach. And in addition to acting and writing, Anton has worked as an educator, mentor or workshop facilitator with theatre artists of all ages through Studio 58, Bard Education, Carousel Theatre For Young People, Theatre Replacement, Lyrebird and Neworld Theatre’s Learning Ensemble Across Difference, an acting ensemble made up of neurotypical and neurodiverse performers.
Anton is the recipient of two Jessie Richards Awards, four Ovation awards and a Vancouver Mayor’s Arts Award for Emerging Theatre Artist. He is a graduate of the Studio 58 Acting program and the Stratford Festival Birmingham Conservatory for Classical Theatre.

Josh Epstein’s work as a writer, producer and actor has taken him to all corners of the world. As a writer, he has a first look TV deal with Lark Productions (Motive) and took part in the 2016 Reyjkavik Talent Lab, the CFC Comedy Exchange and the NSI’s Totally TV and Features First Labs. Epstein co-wrote and produced Eadweard (Five Audience Choice Awards at international film festivals; Canadian Screen Award nomination, Best Adapted Screenplay, fifteen Leo Nominations). It’s currently airing on Superchannel, Air Canada, available on demand in the US and is distributed in South Korea, Australia, Turkey and New Zealand. Epstein produced two shorts, Hop the Twig and Wait for Rain, which won Best Short on CBC’s Short Film Face Off and Best Short at Comic-Con respectively. Epstein and Rideout’s next film, Public Schooled, goes into production in November. It will star Judy Greer (Jurassic World, Arrested Development, Archer). Their third screenplay, Monoceros, was awarded the Praxis Screenwriting Bootcamp award, as well as development from Superchannel and Creative BC. Epstein is also one of the country’s most versatile actors, winning multiple Jessie Awards, including best supporting actor in 2016 as Lensky in an acclaimed production of Onegin. Last year he received a Dora nomination, and he is the recipient of the John Hirsch Award for Most Promising Actor at the Stratford Festival. He has many film & television credits and is a Studio 58 and UBC Sauder School graduate. Epstein is represented as an actor by the Characters Talent Agency (Toronto) and LLA (Vancouver), and for writing by Jennifer Hollyer Agency.