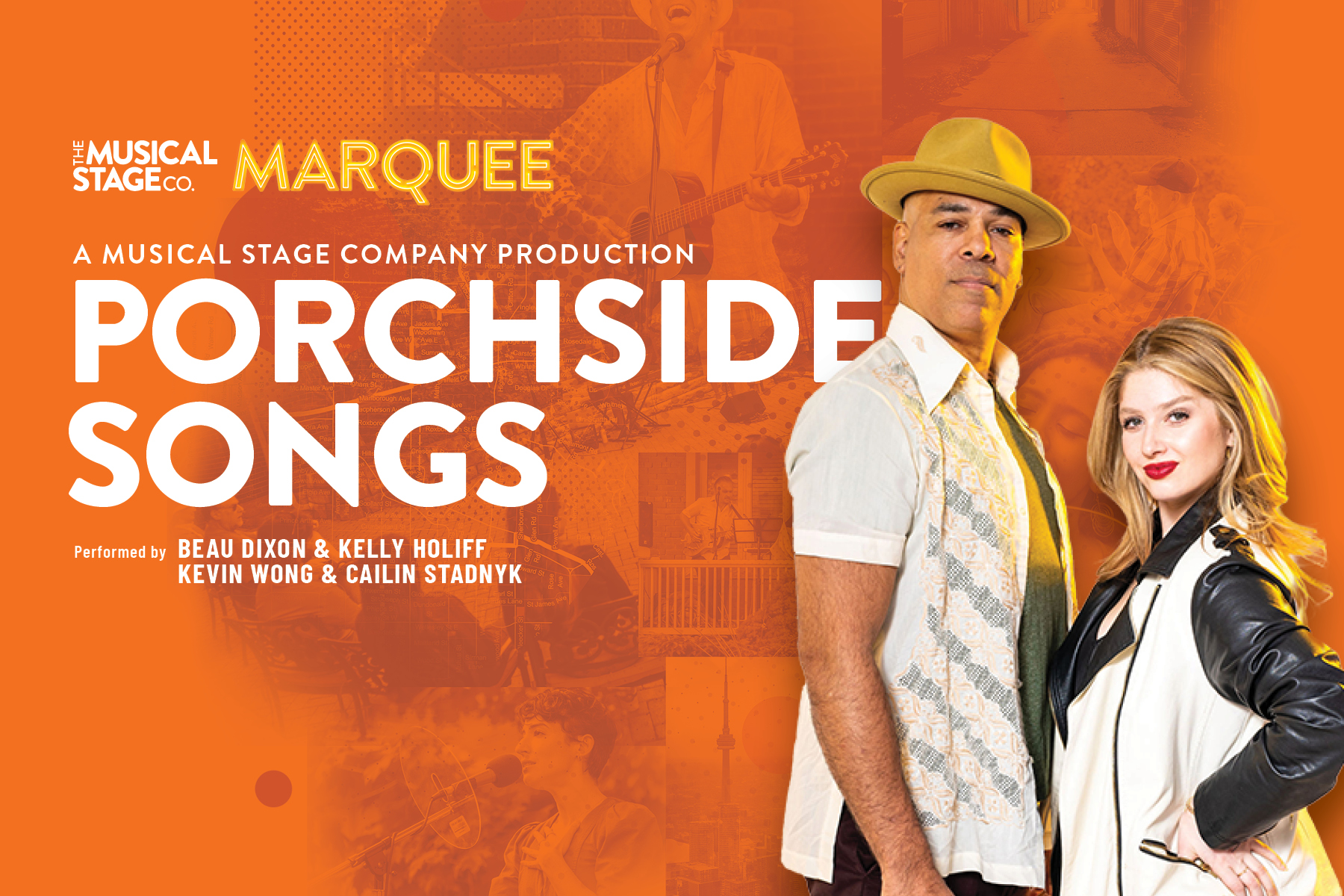 Exploring The Musical Stage Company’s MARQUEE theme of ‘Turning Points’, each cabaret will feature personal stories of imagination, determination, and musical triumphs. Purchase an intimate concert for your friends and neighbours, and we’ll take care of the rest. 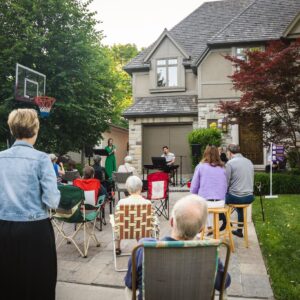 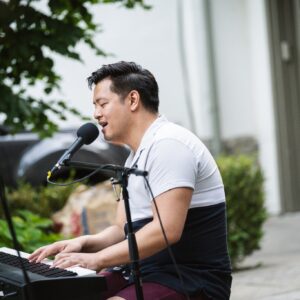 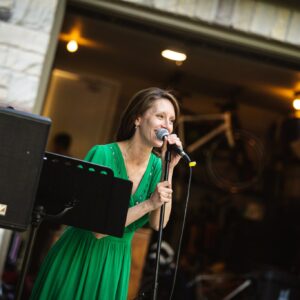 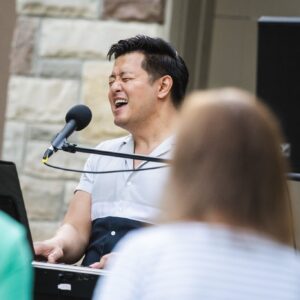 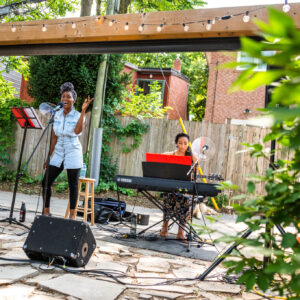 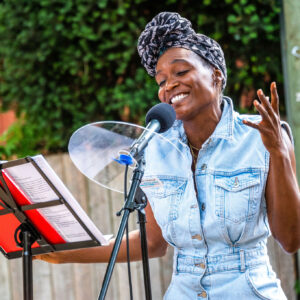 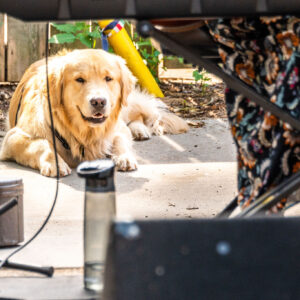 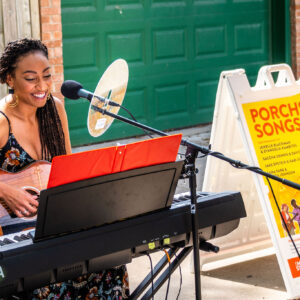 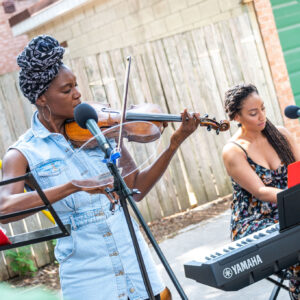 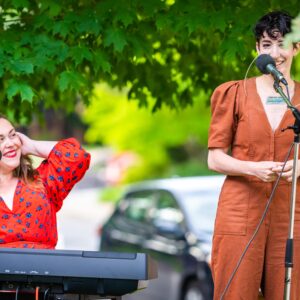 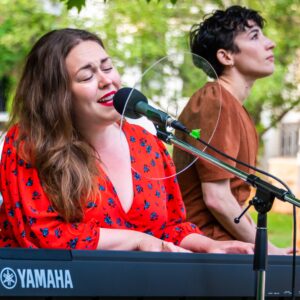 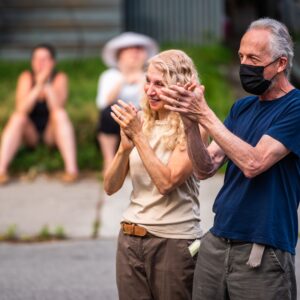 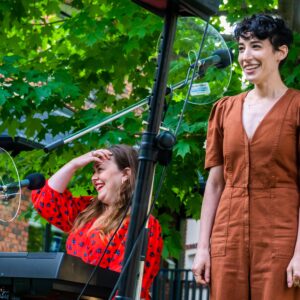 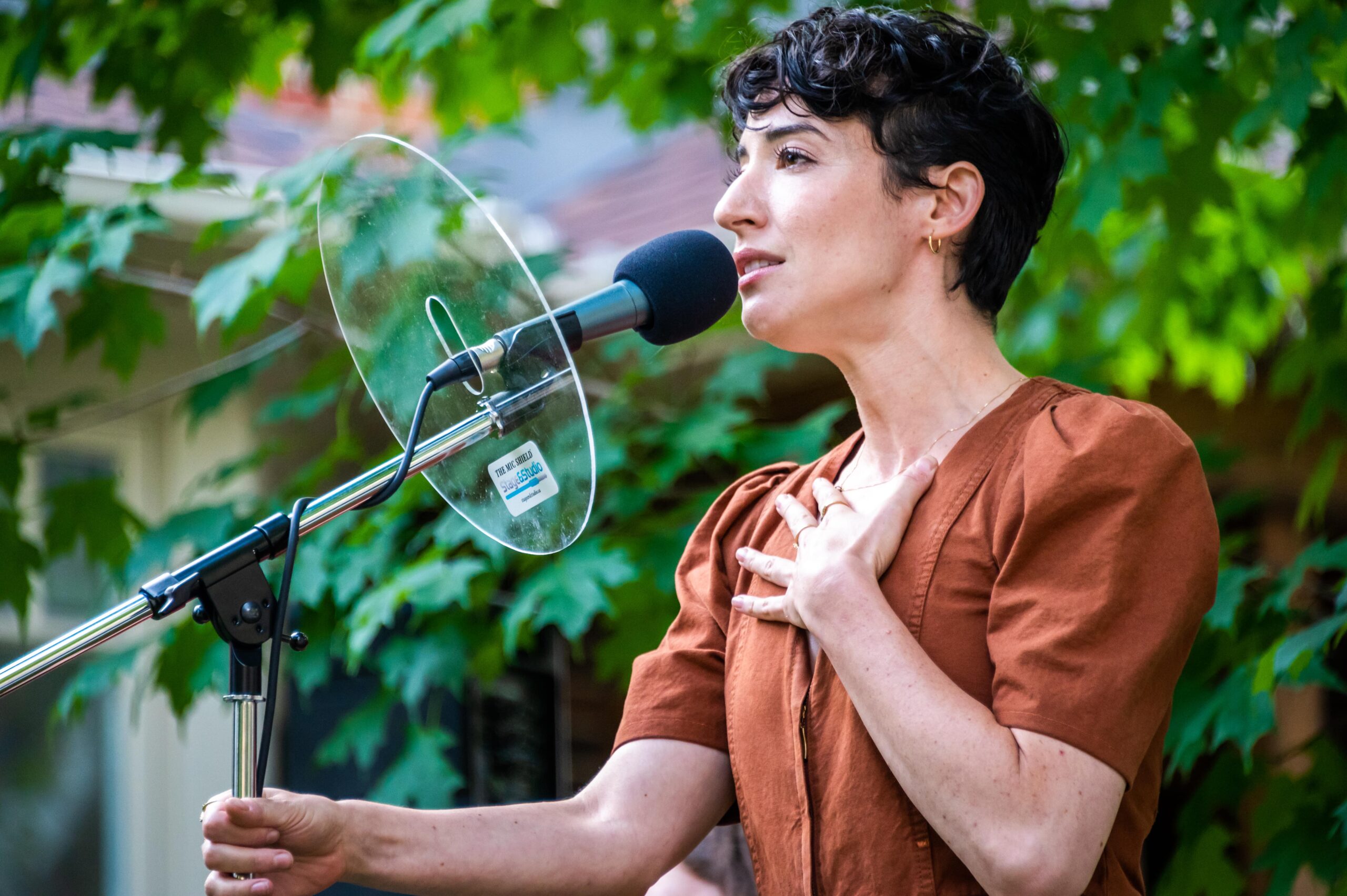 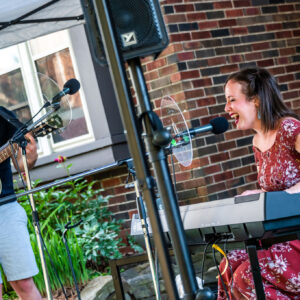 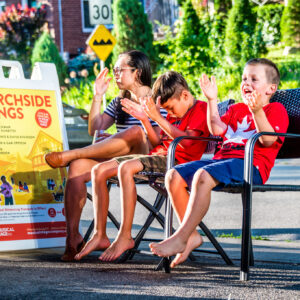 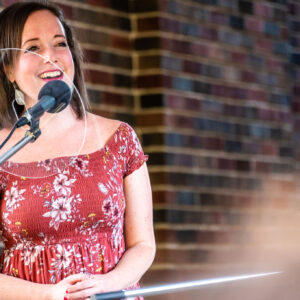 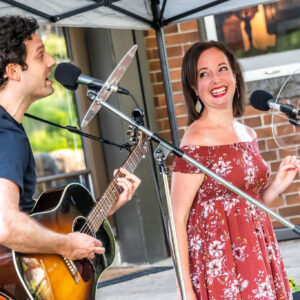 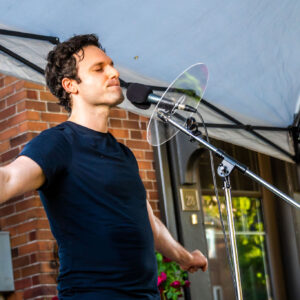 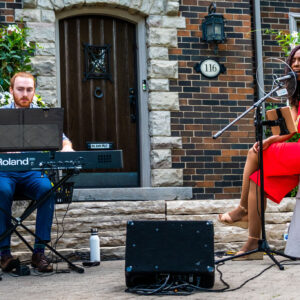 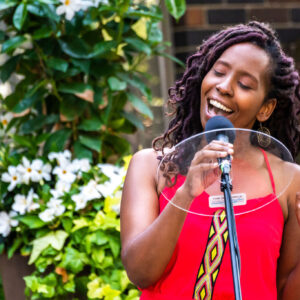 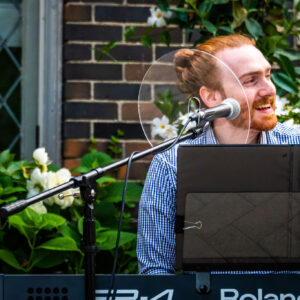 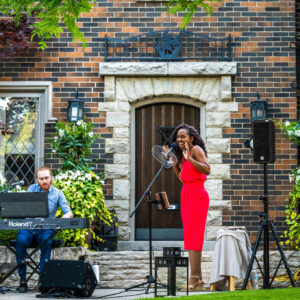 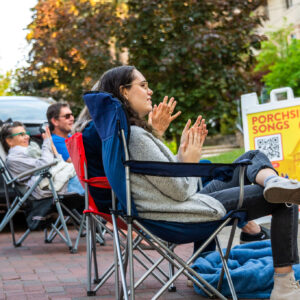 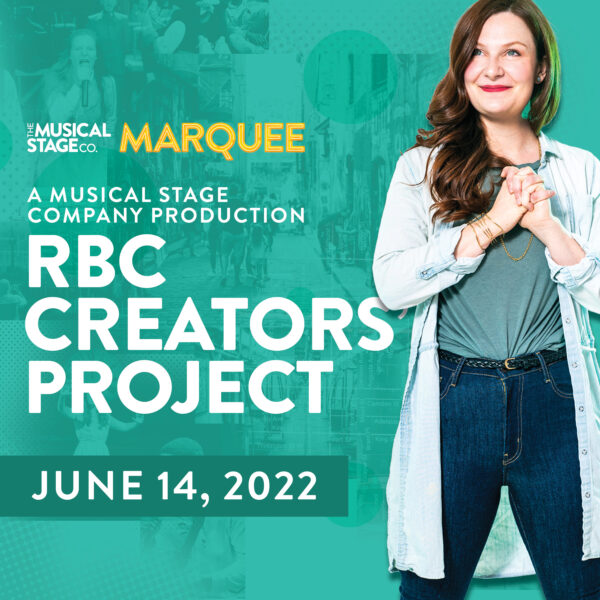 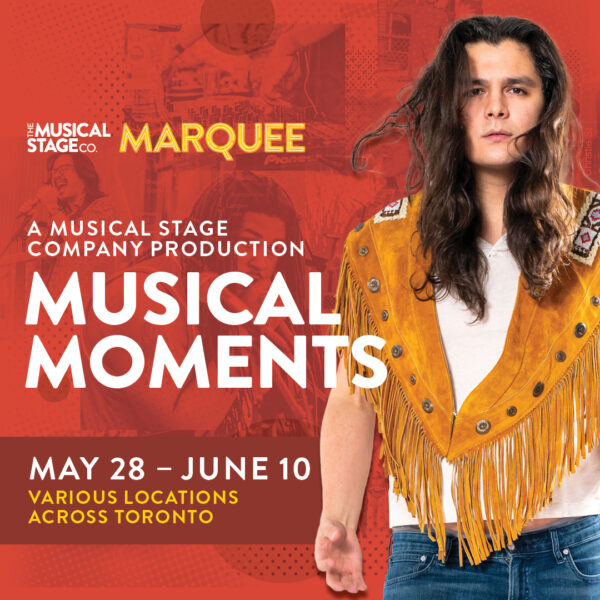 PORCHSIDE SONGS can be booked for Toronto residents only within the “M” postal code. Please see the map for reference.*

Have a question about your venue location? Please email porchsidesongs@musicalstagecompany.com.

When do tickets go on sale?

What is the cost of the concert?

Each concert is $425, with 100% of the concert fee going to the PORCHSIDE SONGS artists.

What is the schedule of the concert series?

Each PORCHSIDE SONGS concert has a unique schedule based on the availability of the performing artists. Please visit the calendar tab to see the performance dates available to book concerts.

What are the concert area zones?

Porchside Songs can be booked for Toronto residents only within the “M” postal code. Please see the map for reference.*

Have a question about your venue location? Please email porchsidesongs@musicalstagecompany.com

What do I need to provide as a PORCHSIDE SONGS Host?

Our team will be in touch you directly, once a concert has been purchased, to outline your specific concert space.

What is the length of the concert?

Each concert is roughly 50 minutes in length, with no intermission.

Is the concert appropriate for children?

The concerts are recommended for all ages, parental guidance recommended. Select songs may include slight profanity and mature themes.

How is The Musical Stage Company ensuring the safety of the performers and audience ensuring the event adheres to social distancing protocol as outlined by Public Health?

The Musical Stage Company has been in touch directly with Toronto Public Health. We have established detailed plans to ensure the safety of performers and patrons.  Including but are not limited to:

Have a question about our safety protocols? Please email porchsidesongs@musicalstagecompany.com.

All concert purchases are final. Concerts will be rescheduled to align to your schedule if you, or the performers, are feeling sick or unwell.

I have a question about PORCHSIDE SONGS or the performance schedule, who do I contact?

As a PORCHSIDE SONGS Host, you must provide

We will conduct a site visit in advance of all concerts and can work with you to determine the best way to set up the concert for you & your guests.

What’s more nostalgic than a mixtape? Having graced stages and screens across Canada, Beau Dixon (Singer/Writer/Actor) and Kelly Holiff (Singer/Songwriter/Actor) take you on a journey through the musical songbook of their lives. They’ll whisk you away with stories about key moments that connect them deeply to a place, a song, or an artist. Full of musical quips and intimate stories, Kelly and Beau sing through the moments that changed and moved them. Kelly & Beau were last seen on stage together at The Musical Stage Company’s UnCovered: The Music of Dolly Parton.

Kevin Wong (Singer/Songwriter) and Cailin Stadnyk (Singer/Actor) join forces to bring you a musical tour-de-force. Cailin, last seen and lauded in Toronto’s beloved production of COME FROM AWAY, and Kevin, a two-time Playwrights Guild of Canada recipient, come together to sing the non-existent roof off the street in a concert that spans the gamut of musical theatre, pop, jazz, rock, and even a little bit of country.

His music is available on itunes | www.beaudixon.com

Kelly is thrilled to be back with her Musical Stage family, performing in Mixed Tape! Kelly is a theatre, cabaret and concert performer based in Toronto.

Selected performance highlights include: touring with Colm Wilkinson as his special guest, opening for President Bush and President Clinton; and being a voice for The Heart and Stroke Foundation. Selected theatre credits include: UNCOVERED – 10 seasons! (The Musical Stage Company); Brooke in NOISES OFF (Mayfield); Captain Hook in PETER PAN (Neptune Theatre); Aldonza/Dulcinea in MAN OF LA MANCHA (Drayton); Ursula in LITTLE MERMAID (Drayton); TAKING THE A TRAIN (Soulpepper); ANNE OF GREEN GABLES (Charlottetown); and KNISHES AND GRITS (Harold Green Jewish Theatre).

Haneul is a multi-instrumentalist, actor-musician, and music director and a graduate of the Bachelor of Musical Theatre Performance program at Sheridan. Recent credits include the Charlottetown Festival Young Company, SPRING AWAKENING (Sheridan), and First Drafts (Sheridan). He is thrilled to be working alongside wonderful performers and fellow MDs.

Most recently seen in the hit musical COME FROM AWAY (Mirvish/Junkyard Dogs), Cailin is thrilled to team up with Kevin and make her Musical Stage Company debut with PORCHSIDE SONGS 2022.

For over two decades, she has worked for many of the country’s top theatres. A few notable roles include Donna in MAMMA MIA! (Theatre Aquarius/WCT); Mary Poppins in MARY POPPINS (WCT/Persephone); Fantine in LES MISERABLES (WCT); Grizabella in CATS (Theatre Calgary); Lina Lamont in SINGIN’ IN THE RAIN (Arts Club); Audrey in LITTLE SHOP OF HORRORS (Persephone); Justine in THE LOVE LIST (Playhouse); Sally Bowles in CABARET (Showcase Festival); The Blondes in GUNMETAL BLUES (Globe); and Fanny Brice in FUNNY GIRL (Arts Club, Ovation Award winner).

Kevin Wong is a composer-lyricist, singer/musician, and dramaturg.

His musicals include: RECURRING JOHN A SONG CYCLE; STAR!(VING): A COLLECTION OF SONGS; POLLY PEEL (with Julie Tepperman); OUT OF STOCK; DRAMA 101 (with Steven Gallagher); and IN REAL LIFE (with Nick Green).

Kevin streams online concerts  three times a week on the streaming service Twitch (twitch.tv/kevinywong). He is a member of the vocal group Asian Riffing Trio (with Chris Tsujiuchi and Colin Asuncion), is currently part-time faculty at Sheridan College, and is a two-time Playwrights Guild of Canada Award recipient.

Upon booking a concert, hosts will receive our COVID-19 Health & Safety Policy to review before our team conducts a site visit of your concert location.

Have a question about PORCHSIDE SONGS? Contact us at porchsidesongs@musicalstagecompany.com

The Musical Stage Company is going paperless with our digital house programme!
To view the digital programme for PORCHSIDE SONGS as a PDF on your computer or mobile device, click here.