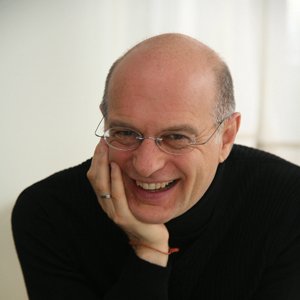 David’s activities include entertainment and real estate. Producer or Executive Producer credits include The Odyssey Theatre (Los Angeles),  Showtime Networks (Los Angeles), CBC, Cineplex, Metaphor Productions, VisionTV, Chesler/Perlmutter Productions, The Musical Stage Company and Dreamers Renegades Visionaries (all Toronto). Palais Royale, A Promise Kept, The Fantod, The Mystery of Irma Vep, Caroline, or Change, The Light in the Piazza, among others, have been nominated and/or won Gemini, Genie, Dramalogue, American Video and Dora Mavor Moore awards. He is an advisor to  Shakespearience, The Actor’s Fund , Crow’s Theatre and Solar Ship Inc. He is also a principal in Daniels Capital Group and Sustainable.TO Architecture + Building. In 2010, he received the inaugural Gilda’s Award from Gilda’s Club Greater Toronto. David lives in Toronto with his wife Kate, kids Maddie and Jasper, a dog and a fox. The fox lives in the backyard.