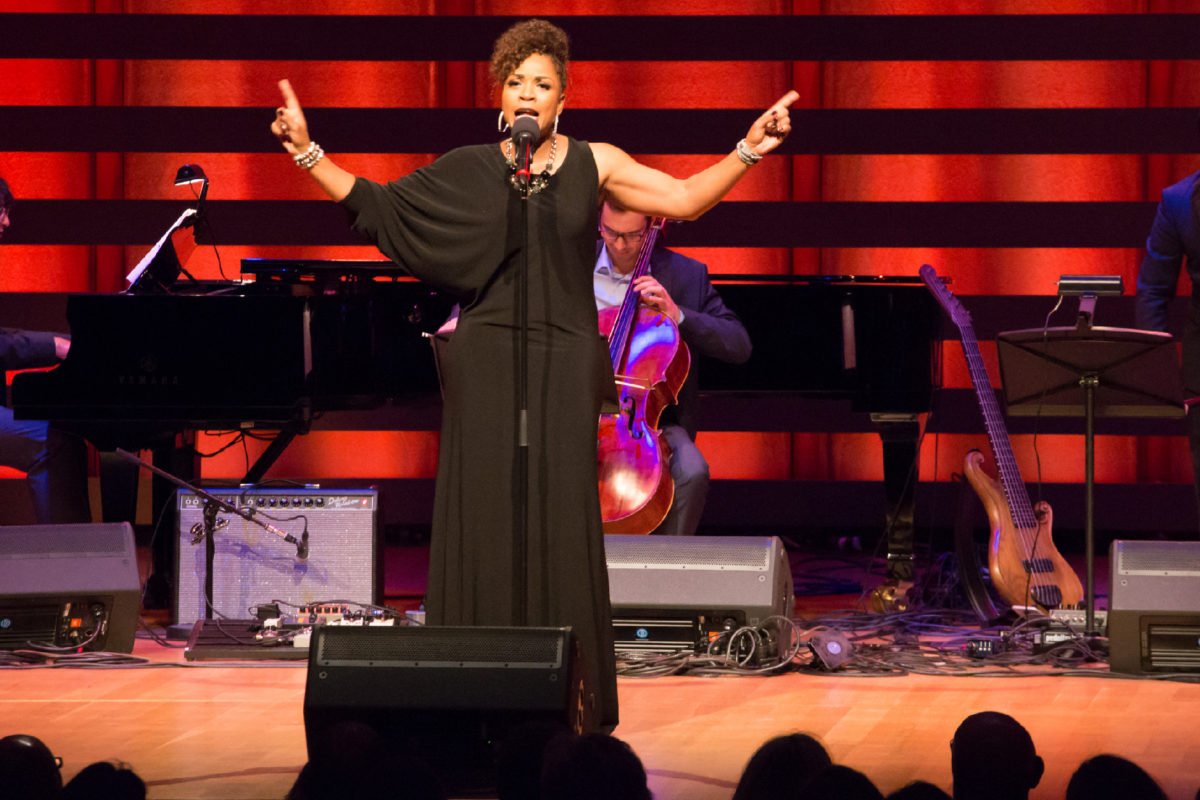 Get to know some of our favourite artists! Triple Threat is an annual feature that reveals which musicals and musical experiences left lasting impressions on the performers involved in The Musical Stage Company’s UnCovered Concert series. Up next is Divine Brown!

Divine is a returning UnCovered favourite and we’re thrilled to have her back for UnCovered: Dylan & Springsteen. Divine is a Juno Award-winning R&B and soul singer and theatre performer. She has starred in several musicals and plays throughout Toronto, selected credits include: Passing Strange (The Musical Stage Company/Obsidian Theatre); Rent (Mirvish); Ain’t Misbehavin’ (Canadian Stage); Life, Death and the Blues(Theatre Passe Muraille); Obeah Opera (Nightwood Theatre) and Father Comes Home From The Wars (Soulpepper).

In grade 5 in a play called “The Canada Goose”

Deena Jones from Dreamgirls!
*We at The Musical Stage Company would LOVE to see Divine play Deena!

Nell Carter (god rest her soul) because she was a triple threat!

I’ve got one better… ! The “Thriller” album by Michael Jackson would be a GREAT musical!!!

“Off The Wall” by Michael Jackson