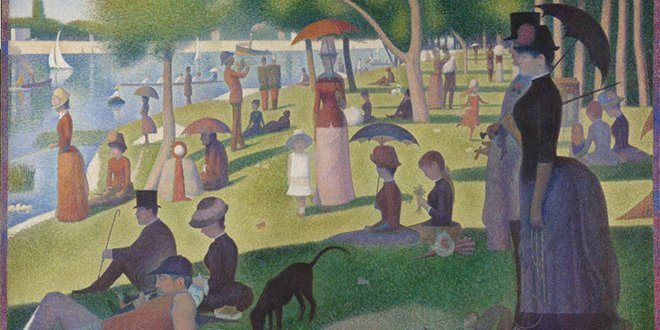 Opening night is just around the corner for Reframed, running April 12-17 at the Art Gallery of Ontario. Tickets are on sale now, get yours before they’re gone!

To get an idea of what to expect from Reframed, we had a look at other art-inspired music theatre pieces. From Sondheim to Ahrens & Flaherty, it seems many of the greats have also drawn inspiration from visual art, sculpture, and photography.

“Finishing the Hat” – Sunday in the Park with George

Sunday in the Park with George, with music and lyrics by Stephen Sondheim and book by James Lapine is based on A Sunday Afternoon on the Island of La Grande Jatte  by Georges Seurat.

“Wildflowers” – Colours in the Storm

The Canadian musical by Jim Betts explores the fascinating story of Tom Thomson, one of Canada’s most beloved painters.

35mm is a multimedia musical by Ryan Scott Oliver inspired by the photographs by Matthew Murphy.