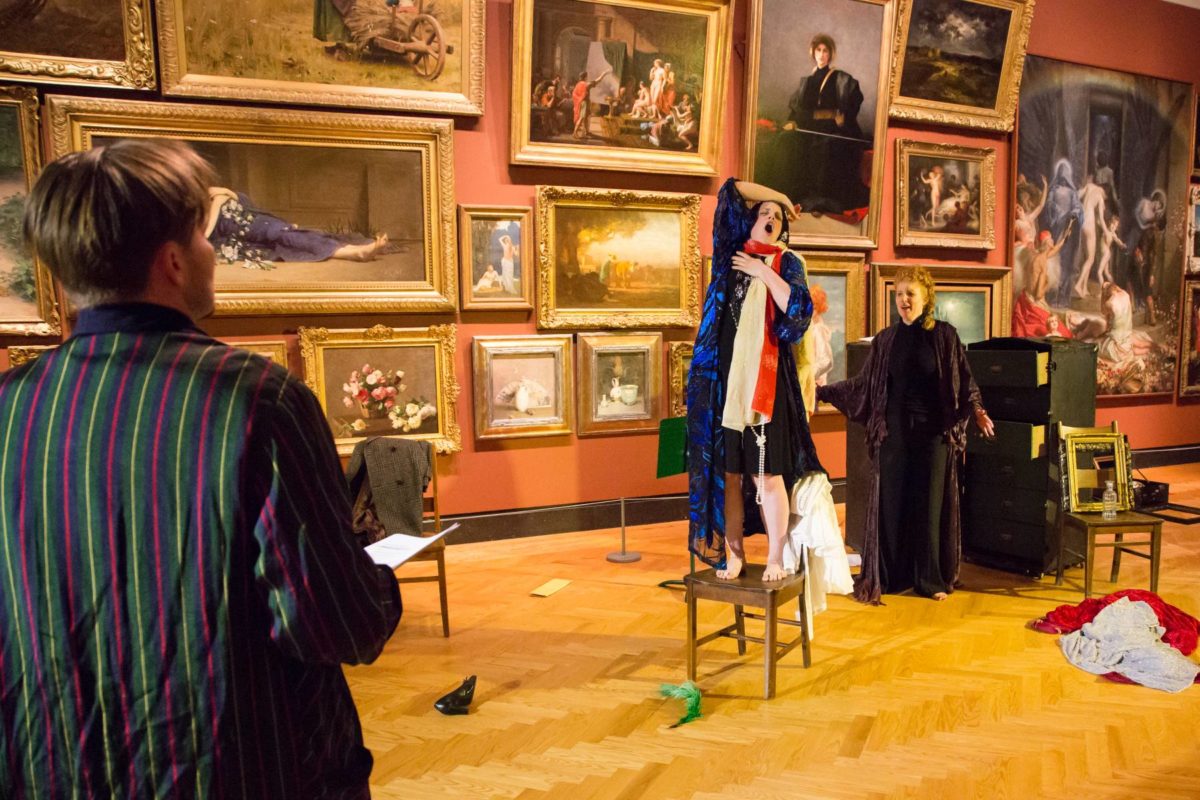 PODCAST ROUND-UP: A LOOK BACK AT REFRAMED

The Musical Stage Company is excited to be taking a look back at our 2016 production of REFRAMED, where we partnered with the Art Gallery of Ontario, (one of the most distinguished art museums in North America and a local treasure), for a week of brand new short musicals inspired by the gallery’s collection.

Three teams of prominent Toronto composers and lyricists each selected a painting on display in the AGO’s Richard Barry Fudger Memorial Gallery to inspire a brand new 20-minute musical of their creation. For your at-home streaming pleasure, we have compiled the live podcast recordings of these three exhilarating musicals, from CBC’S PlayMe Podcast. Listen below!

Synopsis: Painter Augustus John discovers his friend and one-time lover, Luisa Marchesa Casati hiding out in her crumbling Venetian palace. His attempts to get her to come to terms with her imminent bankruptcy are hijacked by La Casati’s desperate need to avoid reality. He makes the mistake of comparing her to any other vain aristocrat commissioning portraits of herself. Enraged, La Casati lists the many reasons she abhors the tasteless upper class. To draw John into the memory of a happier time, La Casati summons her younger self (Luisa) at the party where she and John first met. John takes the bait and relives their first meeting. La Casati then transports them to later that same evening when Luisa arrives at John’s apartment demanding to be painted. Armed with a valise of eccentric costumes, Luisa commands John to choose the version of her he’d like to paint. He convinces her to drop all artifice in favour of a simple and honest portrayal. Together, they struggle to paint the portrait. After watching this reenactment, La Casati begins to come to terms with her circumstances.

THE PREPOSTEROUS PREDICAMENT OF POLLY PEEL

Synopsis: At the exact moment of his Dad’s death, eleven-year-old Paulie Peel was out exploring in the ravine behind his house, when he made eye contact with a very unusual, rather confident wood frog. At the funeral, Paulie reveals a surprising theory for his Dad’s sudden and untimely “death” – a conundrum that only he, as his scientist father’s trusted apprentice, can solve.

Synopsis: A few years before she died, the eccentric artist Editta Sherman was evicted from one of the last remaining rent-controlled Carnegie-Hall apartments. In He Is Coming we meet Irene Newman, our heroine, who is facing the same unjust future. She is surrounded by her beloved portraits and paintings when one by one they come to life just moments before Irene is forced to vacate her legendary apartment.