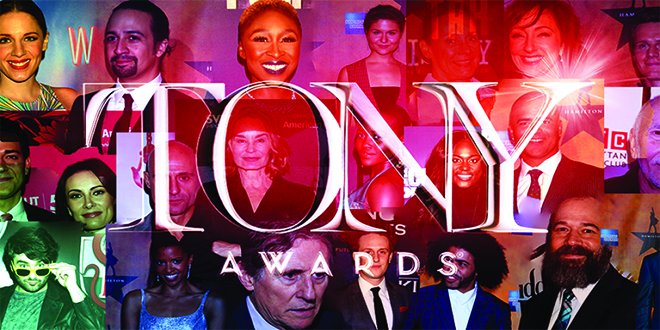 I normally like to watch the Tony Awards alone so that I don’t miss anything. My husband will recount many stories of being shushed during big production numbers or acceptance speeches when he asked something like: “Who is that person again?” (Answer: It’s Patti LuPone! How could you not know that?!)

This year Acting Up Stage Company is hosting a Tony Party (do you have your free tickets yet? I think we are almost at capacity!). While I’m excited to see all of you, I am a little bit nervous about trying to being a gracious host, while stifling my desire to yell “shut up!” every time someone clinks their glass by accident. I will do my best. I promise.

So as we gear up for this year’s Tony Awards, here are my five top hopes:

Finally, since I am used to ending my Jewish traditions thinking about “next year” (usually followed by the words “in Jerusalem”), my sadness in seeing the 2016 Tony’s come to an end will be buoyed by the idea that the 2017 telecast may feature Come From Away, Dear Evan Hansen and Natasha, Pierre & The Great Comet of 1812. June 11, 2017 can’t come soon enough.