Get to know our 2016/2017 Syd and Shirley Banks Prize winners! We caught up with Arinea Hermans and Jahlen Barnes as they prepare for their Acting Up Stage debut in UnCovered: Queen & Bowie.

Arinea Hermans is a recent graduate of  Sheridan College’s Bachelor of Music Theatre Performance Program where she starred in such roles at Dot/Marie in Sunday in the Park with George and Florence in Chess.

Jahlen Barnes is a recent graduate of Toronto’s Randolph Academy for the Performing Arts and just completed his first year at The Shaw Festival, appearing in Alice in Wonderland and Sweeney Todd. 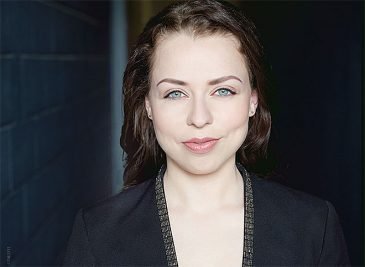 What experience made you realize that musical theatre was your passion?
I can’t seem to pinpoint a single experience. I’ve loved musical theatre (and all theatre) for as long as I can remember. I had terrible stage fright when I was younger – I couldn’t even open my mouth to sing for people – so I think I didn’t want to let myself even dream about doing it as a career. But the experience that made me realize I had passion enough to pursue theatre was when I played Lysistrata in high school. Doing a play like that broke me out of my shell and made me think, “this is it for me”. And once I got comfortable talking on stage I could finally get comfortable singing!
Describe your feelings about starting out in the profession in three words.
Oh, boy. I’d have to say eager, terrified, and growing/growth. (And so much more.)
If you weren’t in musical theatre, you would be…
Eating peanut butter from the jar while watching endless episodes of Chopped with my cat. Actually, I already do that, but I’d do it with far more frequency. To answer the question seriously, I’m honestly not sure. At the risk of sounding corny, there’s honestly nothing in the world I’d rather do than theatre. Which makes me feel both certain and scared. I’ll cross that bridge if I ever stumble into it.
What are you looking forward to most as the 2016 Banks Prize Winner?
Getting to work with such a variety of different artists! I’m excited to share this experience with Jahlen. UnCovered is packed full of incredible talents that I can’t believe I get to be on the same stage as. I already adore the team at Acting Up Stage, and to get to work with them for a year makes me grin as wide as the Cheshire cat. Definitely, 100%, the people mean the most to me.

Where can we see you next?
We’re just beginning rehearsals for Seussical at Young People’s Theatre. I get to play sweet little Gertrude McFuzz with the one-feather tail. 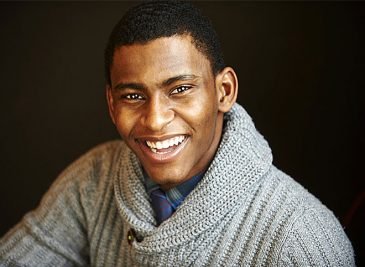 What experience made you realize that musical theatre was your passion?
The expereince that made me realize that I wanted to pursue theatre was in grade 4 when a musical theatre troupe came to my school and performed the worst Princess and the Pea Ever! However, I loved it and that night told my mother what I wanted to be when I grew up.
Describe your feelings about starting out in the profession in three words.
Sureal, Fun, Eye-opening
If you weren’t in musical theatre, you would be…
If I wasn’t in theatre I would probably be a professional video game player, or in the Army.

What are you looking forward to most as the 2016 Banks Prize Winner?
Learning from as many people as I can!

Where can we see you next?
I’m currently rehearsing for YPT‘s Seussical (as one of the Wickersham Brothers) which runs November 14 – December 31.