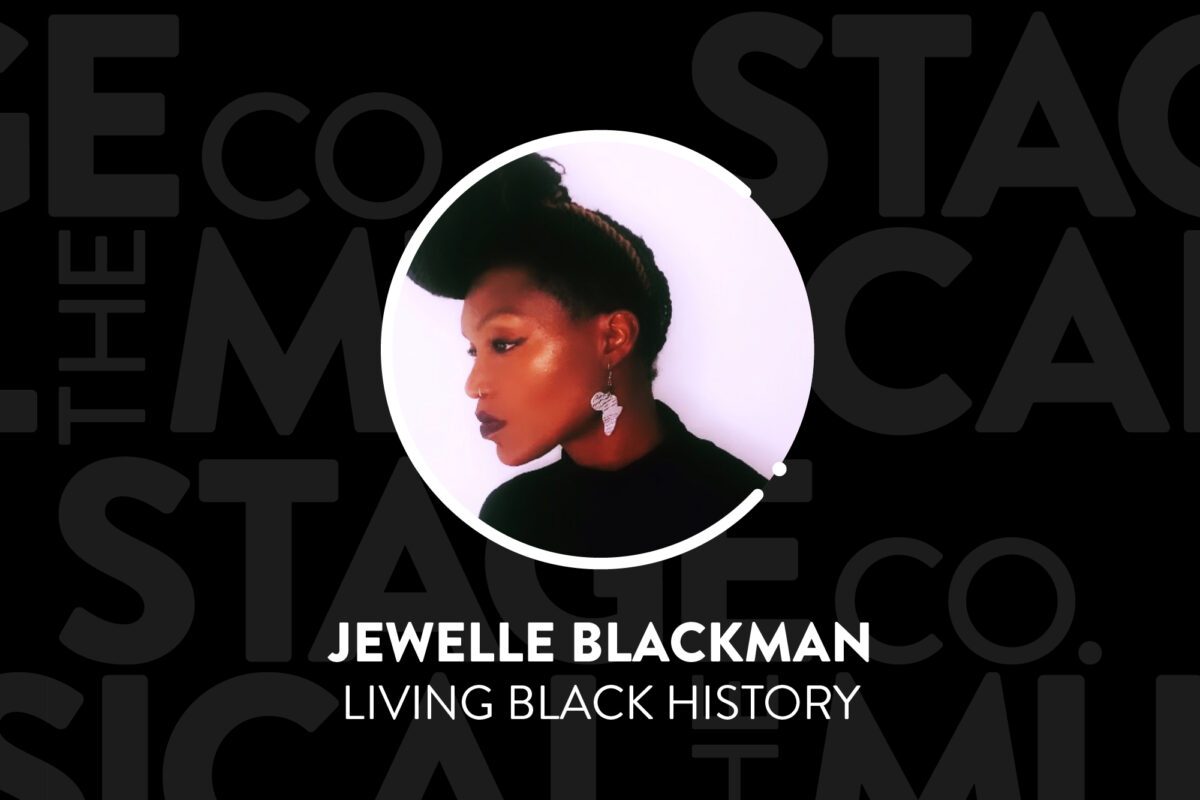 Posted on February 1, 2022
by Jewelle Blackman

What is the importance of Black History in Canadian Theatre to me?

The fact that this is even a question says it all. All history is relevant – all history is important. How have we allowed the very art form that is about storytelling and creating (which is prevalent in all cultures and histories), to be dominated and controlled by one very white culture? And how dare we only ask this question during Black History Month. But I guess to solve a problem it must first be questioned and addressed head on – so let’s get to it.

It is nothing new that Black History has been erased, negated, or simply ignored in academia and science – so why should we expect the arts to be any different. I didn’t learn about Black scientists, poets, inventors or musicians in school; I did that research on my own with the help and support of my very involved parents. From my teachings in drama class in high school, it almost left me believing that the only people who created theatre were white men who were already dead.

But that wasn’t good enough for me, and it shouldn’t be for anyone else.

Art is such a powerful tool for education, and what better way to educate and inspire and intrigue young minds than with creative content that encapsulates and encompasses Black History.

There are so many stories to be told from so many voices – and it’s not that they don’t exist; it’s that they are not granted the same space and support as their white counterparts. Furthermore, they are not celebrated or revered as much either and this needs to change if we are to sustain the evolution of and inclusion of Black History within Canadian Theatre. As someone who has navigated this world mostly as a performer and more recently as a creator, the disparities are still very present.

Although I am thankful for residencies and programs being geared specifically to Black people, I worry this is just a movement of the moment. Everyone is simply watching their backs for fear of being called out. I fear that in about two years time, theatres will go back to only hiring and producing and supporting the works of those they did before. But although there is fear, I will always have hope and persevere. I hope to be one of the many Black Canadian artists who continually make strides in an industry that has been so concerned with shutting us out.

I will continue to tell my stories.

I will continue to advocate for creators of colour on and off stage.

I will continue to create fantastical worlds and realistic retellings on stage embodied by all that we are as a Black people.

I am Black History in Canadian Theatre… Living History. So let’s do all we can to nurture it, support it and share it so we can not only learn but also revel in all that it has to offer.

But more importantly – support their work and produce their plays year-round and then maybe, just maybe, Black History in Canadian Theatre will actually mean something more than just an event in February.