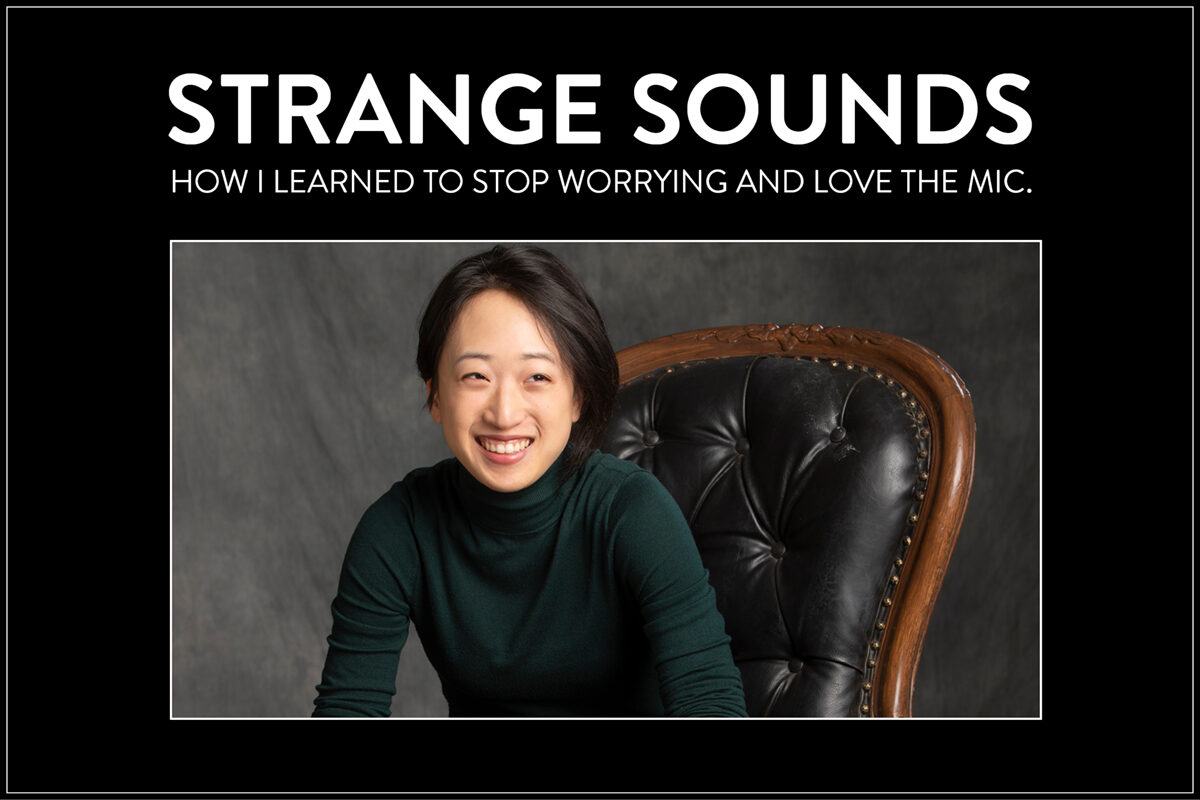 The Musical Stage Company is delighted to announce that RBC Apprentice Sound Designer, Deanna H. Choi is virtually offering a free webinar on sound design as a culmination of her RBC Apprenticeship! Strange Sounds: How I Learned to Stop Worrying and Love the Mic is geared towards directors, choreographers, designers, producers, and students. Learn more below!

Sound is often considered a nebulous and opaque domain of stagecraft. The use of microphones is usually accompanied by any number of horror stories and the dreaded ‘feedback’ squeal. Sound designer and composer Deanna H. Choi takes you behind the curtain in an hour-long
discussion on the tools, techniques, and art of sound reinforcement.

This webinar is geared towards directors, choreographers, designers, producers, and students. For anyone interested in live sound, this is an opportunity to gain insight into the sound designer’s process, develop a common language to feel more at-home in the sound
world, and engage in a conversation on how to use technology to heighten rather than hinder performance.

RSVP HERE TO ATTEND THIS WEBINAR!

Strange Sounds: How I Learned to Stop Worrying and Love the Mic with Deanna H. Choi.

Deanna H. Choi (she/her) creates original music, sonic environments, and sound reinforcement systems for stage, screen, and interactive media. Formerly a researcher in behavioural neuroscience, she integrates principles of psychology into her composition and sound design. Her designs for plays and musicals have taken her across Canada, including the Shaw Festival, Stratford Festival, Neptune Theatre, Theatre Calgary, Soulpepper, Prairie Theatre Exchange, Tarragon, Coal Mine, Necessary Angel, Crow’s Theatre, The Grand (London), Theatre New Brunswick, Factory, Theatre Passe Muraille, Nightwood, Thousand Islands Playhouse, and the Blyth Festival. She has scored a number of independent films, including Receiver, Prey, and Step Into My Office.  She teaches sound design at the National Theatre School of Canada, UBC, McGill, and various other institutions. She is the 2020 laureate of the Pauline McGibbon Award, and has been nominated for the Louis Applebaum Composers Award and a Robert Merritt Award. She is a member of the Associated Designers of Canada, Screen Composers’ Guild of Canada, and SOCAN. @splitbrainsound