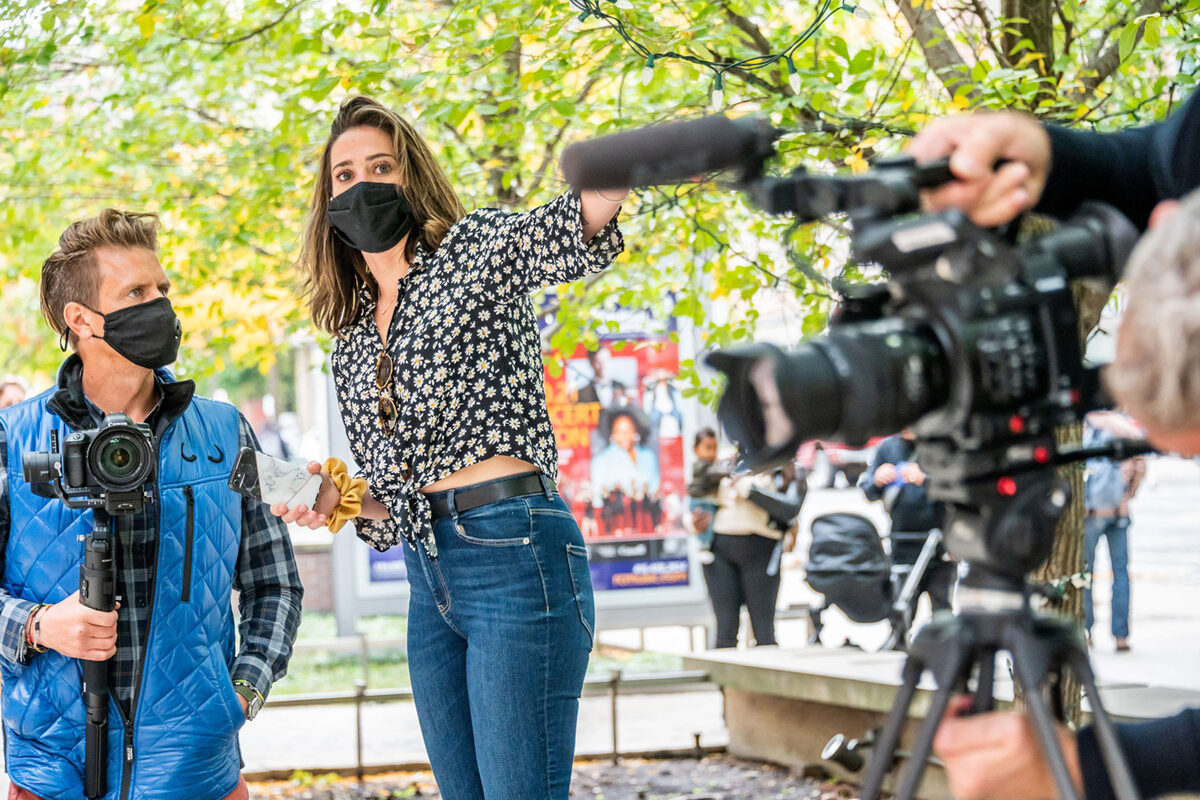 Victoria Barber, on TURNING OUR SIGNATURE CONCERT INTO A MUSICAL FILM

Director of Marketing & Engagement & Video Director, Victoria Barber shares an in-depth look behind the creation of our first ever UNCOVERED musical film in this week’s blog post. UNCOVERED: NOTES FROM THE HEART will stream digitally from November 11 – December 6, 2020.

What was your impulse for beginning to film music videos for UNCOVERED as a promotional tool several years ago?

The Musical Stage Company has been using music videos as a promotional tool since before I joined the company in 2015. We would shoot all the videos in a studio or at Koerner Hall. In 2016, we decided to step out of our studio comfort zone and shoot in different locations for each video concept. From the Distillery District to a historic church to a small vintage vinyl shop on Queen West, the locations have better captured the ‘world’ of each video and allowed each individual artist a chance to dive deep into the narrative of each video.

How did your past experience filming UNCOVERED promotional videos prepare you to take this signature concert digital?

Looking back at the past five years, our videographer and editor Fred Yurichuk and I have shot and edited 65 videos for The Musical Stage Company. From promotional videos to interviews with the cast to production trailers, each video had a unique set of guidelines for us to follow to ensure a successful campaign. We’re used to a quick turnaround time; when we shoot a production trailer it needs to be edited and released within a week, so we have had to learn to really trust each other and trust the work.

How did you approach collaborating with the artists to create 10 music videos that each have their own individual narrative? How much had you planned out beforehand, and how much did you create together?

Each video is directly related to the arrangements, orchestrations, and themes that [Fine-Furneaux Director of Music] Reza Jacobs created alongside each artist. Early in the process, Reza would pass along a vocal mix of what each artist was working on, to ensure Fred & I had enough time to storyboard each video. I would then have a call with the artist, pitch them our video concept, and talk through the emotional narrative and key character arc for the video. The goal was for the final product to be as similar to the magic we witness at Koerner Hall each year. We wanted each artist to feel empowered and be given the setting and framework to tell their individual story. The base framework was fully worked out in advance, but we left time at the end of each shoot to capture anything that sparked someone’s imagination on the day of the shoot.

What can audiences expect from this unique digital format of UNCOVERED?

Audiences can expect an utterly unique digital theatrical experience. We’ve crafted 10 music videos, each with a unique location and narrative as a love letter to Toronto. Each video will take you to an incredible Toronto location and into the hearts of each individual artist. We are trying to capture the magic of attending the theatre by offering a set schedule, and ensuring we are online and chatting with our patrons each night, exactly like we would in the lobby of Koerner Hall.