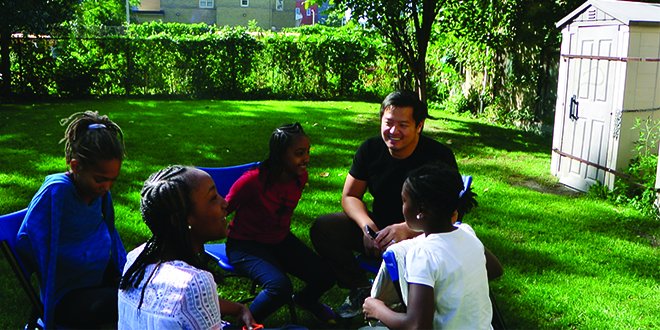 It’s Kevin the Intern with the sequel to my first wildly successful partially acknowledged blog entry, or, as I shall now call this:

Volume 2: Love Never Dies (Except Love Totally Can Die and Does Die All the Time, Usually Owing to Some Kind of Irreconcilable Difference)

(Sidebar, that Andrew Lloyd Webber sure writes some earworms, eh?)

I’ve now been back in the Acting Up Stage offices for two weeks, following my stint in Gananoque. Here is a random list of lessons learned, small discoveries and pizzas eaten:

A new show, much like the Canadian Constitution, is like a living, breathing tree1. It is terrifying and deeply rewarding in equal measure when we pare away at parts of a show, even if they’ve already been blocked and orchestrated, if it helps make the show better as a whole. Good writers, like Neil and Brian, are already thinking about how to improve the show going forward, if not for the current run, then for the next time the show is mounted. No one can afford to be precious, and the old adage holds true: Never Fall In Love With Anything In A New Musical, Because It Can and Will Be Thrown Out For The Sake of the Show.

It is nearly impossible to focus on other work in a rehearsal room if Linda Kash is acting. On days when there was no music copying to be done, I would sit at the back of the rehearsal hall with my 3rd(ieth) cup of coffee, tending to my administrative garden. Soon enough, I would find my eyes inexorably drawn upward and my attention stolen because: boom. Linda Kash is doing stuff. If Linda Kash is standing in front of you, singing, acting, jumping in and out of different characters with fluid ease, I promise that you too will get no work done. Honestly, she could probably just stand in front of you eating a burger and you’d be entranced. Surrender to the Kash. Let the Kash bring you mirth and poignant reflection. Mic drop, Kash out. 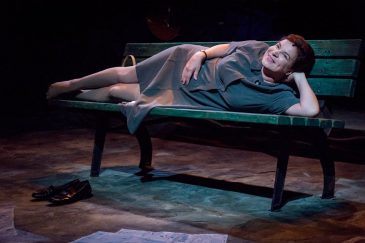 Linda Kash in You Are Here. Photography by Stephen Wilde

Thousand Islands Playhouse is an incredible place to work.  The town is beautiful and tranquil. The staff are welcoming and accommodating. The production staff are diligent and supportive. They made sure I, and all the out-of-town people hired on the show, were taken care of and housed comfortably. 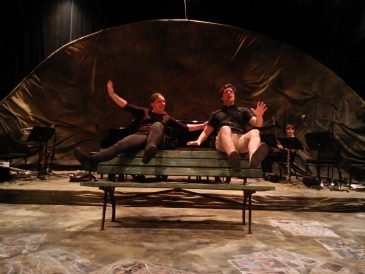 MD David Terriault and Apprentice SM Michaela Stevens on the You Are Here set. Photography by Kevin Wong

The flies in Gananoque have no chill. They will land on you, your food, your mother, your dog, and even other, larger flies. And you’re like, “chill out, fly – I have a husband”, and the fly is all like “your husband isn’t here now, is he?! *buzz buzz buzz*” and you’re like “fly, you disgust me” and the fly is all like “oh, so you’ve discussed me ;)”2.

And since returning to Toronto, I have had the chance to work on a myriad of projects already. In the last little while, I’ve participated in:

The announcements of our 2016-2017 Banks Prize winners, both of whom are incredible talents and who I am so looking forward to working with through the year! Congratulations to both Arinea Hermans and Jahlen Barnes, both of whom render me speechless in the face of their enthusiasm, charisma, and enviable talent.

Subbing in for One Song Glory Program Director Adam White at a school workshop of One Song Glory, where we facilitated an audition and chorus rep workshop for musical theatre enthusiasts from the age of 13 to 19. (Sidebar: these kids can siiiing!) 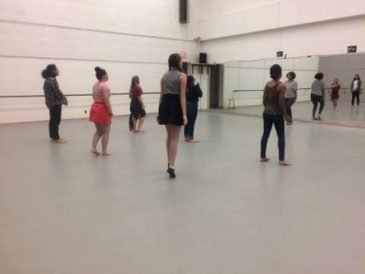 Students of the Etobicoke One Song Glory audition workshop. Photography by Victoria Barber

Heading up a new partnership between Acting Up Stage with Regent Park School of Music, entitled Make Me A Song. This year’s partnership pairs eight incredible composer-lyricists with the Regent Park School of Music choir to create eight unique original songs especially for the choir. I’m also one of the eight writers. We had our joint brainstorming session between the writers and the choir on October 8, 2016 at the choir’s annual retreat, and had an incredible time coming up with song ideas and getting to know each other. I can’t wait to hear the songs the other writers will present to the choir in November! 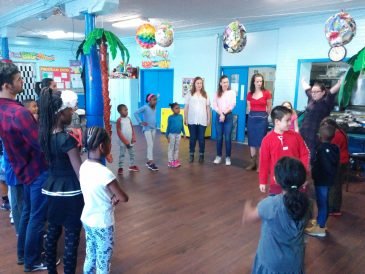 The students and composers of Make Me A Song. Photography by Kevin Wong

All in all, the experience is an exhilarating (and sometimes discombobulating) blend of administrative and artistic work. A morning of administrative work may give way to an afternoon of music arranging or playing piano, followed by an evening of contract drafting or blog writing. It’s the best kind of challenge, and I wouldn’t have it any other way.

Final musing for this entry: rely on your consonants for clarity. Not just in one’s performance, but also when introducing oneself as the ‘Intern’ Artistic Director, so that people do not accidentally hear ‘Interim’ Artistic Director (a very different thing, which does not exist, so everybody relaaaax).

Next time, Volume 3 of my Musings: The Lion, the Witch of the West, and the War Horse.

Featured Image: Kevin Wong & the students of Make Me A Song. Photography by Caitlin Donnelly.