With rehearsals well underway and the countdown on until the first performance of Passing Strange on January 24th, we thought it was about time to get to know our incredible venue, The Opera House!

1.) Built in 1909, La Plaza Theatre first operated as one of Toronto’s many vaudeville theatres, producing full-length variety shows for the working and middle-class neighborhood of Riverside. Entertainment acts of all kinds – music, comedy, burlesque, circus acts – vaudeville contained it all and for the first half of the 1900’s it was all the rage. 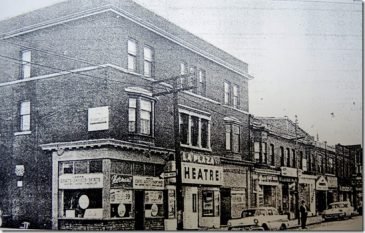 This real estate photo from the Toronto Archives (Series 1278, File 97) was taken in October 1963, when the building where the La Plaza Theatre was located was for sale for $165,000.

2.) As the film industry began to grow in the 1930s, audience’s interests changed and the La Plaza was transformed into a movie house. With increasing competition from nearby multiplexes hurting business over the next 30 years, the theatre would be known by many names as it was passed from owner to owner – The Acropolis, The Dundas, and The Cinema Ellis. It mostly operated as a second-run theatre, screening first run B-list movies and second runs of A-list movies. 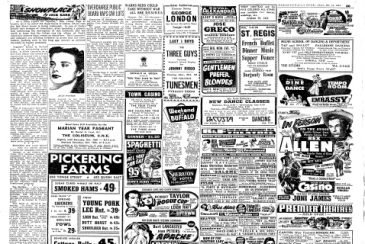 3.) In an effort to drive up ticket sales and get more women into the cinema the theatre offered free giveaways. In 1954 to promote screenings of ‘Gentleman Prefer Blondes’ free dinnerware, glassware or silverware to women to bought tickets to the screening. It must have been popular because they brought the promotion back again later that year for a screening of ‘Young Wives’ Tale’. If only that level of free giveaways existed today!

4.) Passing Strange won’t be the first musical to take up residence at The Opera House, in the 80’s a Canadian production of off-Broadway gospel musical Mama, I Want to Sing. This bio-musical tells the story of Doris Troy, a gospel singer discovered by James Brown in her church choir. The off-Broadway production ran for over 2,000 performances before making it’s way to The Opera House. (Check out the title song from the show here) 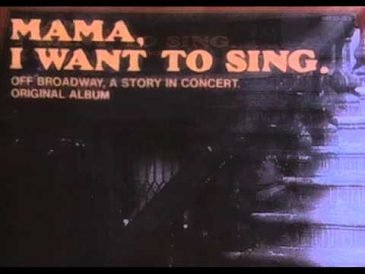 5.) In 1989, the theatre was bought and renamed The Opera House and was transformed, yet again into the concert and event venue we know today. A little of the past remains however, keep an eye out for the projectors that still lurk in the balcony today, and the gorgeous 35 foot original proscenium that frames the stage.

7.) Known as a venue for up and coming bands, Nirvana famously played The Opera House in September 1991 – Four days before their massive hit album ‘Nevermind’ was released. The album would go on to huge success featuring songs such as “Smells Like Teen Spirit” and “Come As You Are”.  A video recording of the September 20th concert is now one of the more famous Nirvana bootlegs.

8.) The Opera House was home to the biggest Rave promotion companies. In the early-2000’s city council passed Bill 73, cracking down on rave culture by not only banning them from city property but also banning the performance of house music after 3:00am. After numerous protests, both from those in the rave scene to businesses that benefited and the bans were relaxed. The Opera House would then become home to Hullabaloo! – one of the biggest and most celebrated Rave promotion companies, until they promoted their last event in July 2007. 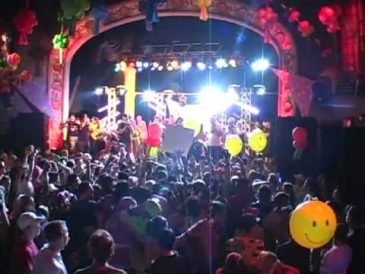 9.) Despite its status as one of the major concert venues for Toronto, The Opera House is still connected to its community, continuing to host local events throughout its history. Everything from local Battle of the Bands to weddings to various community events have used The Opera House, and still do to this day. 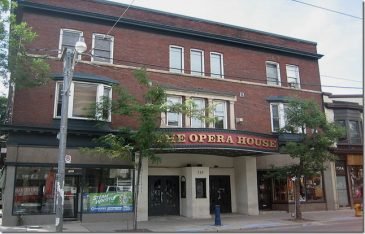 10.) Which leads us to this month and the Canadian premiere of Passing Strange! Looking back on the incredible rich history of The Opera House, we’re really excited to be joining and put our own mark on the venue.

And there you have it, a brief stroll through the history of The Opera House – vaudeville theatre, cinema, and concert hall. It’s survived over 100 years of the changing Toronto entertainment scene, and here’s to surviving 100 more!