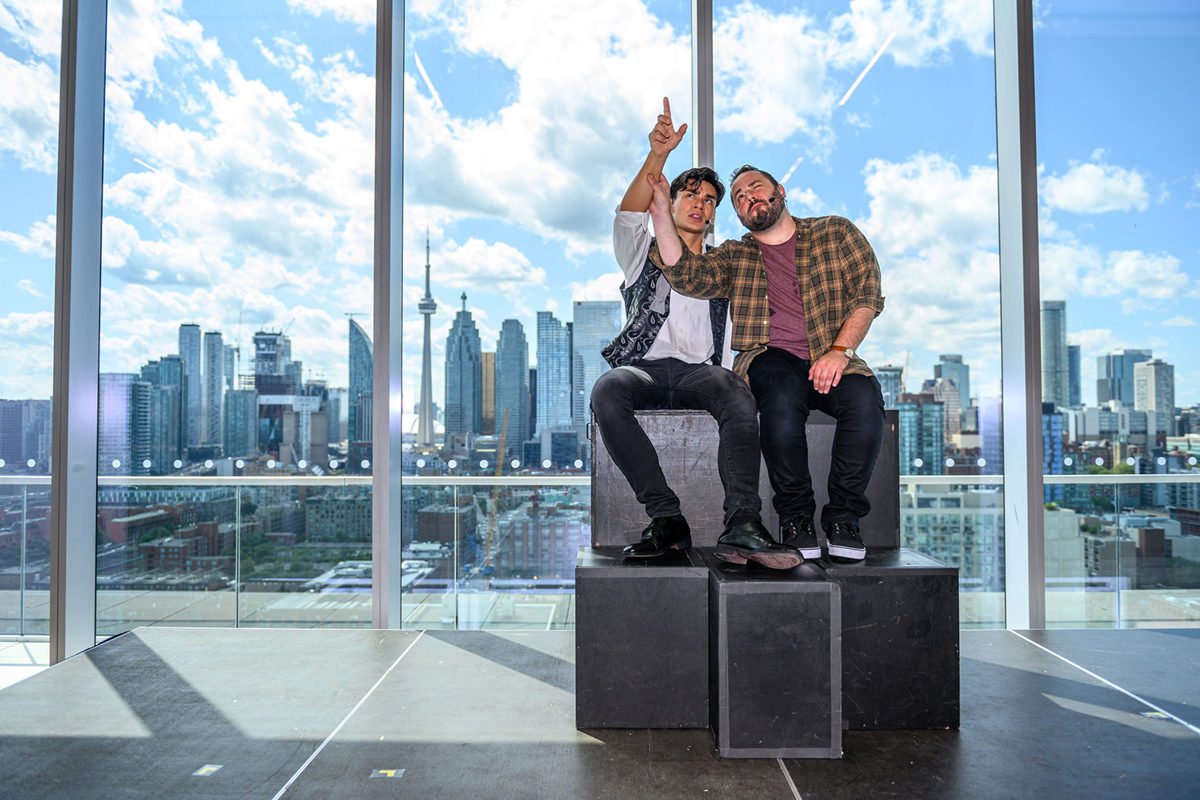 As part of our new #ReprintRewind Series, we are releasing three new Canadian musicals via podcast that were created and performed in REPRINT.

The third and last musical to be shared via podcast is CYGNUS. Written by Anton Lipovetsky (music & lyrics) and Steven Gallagher (book), with performances by Brandon Antonio & Michael De Rose.

“We were inspired by the Toronto Blackout of 2003–in particular, a photograph that was taken from the top of a hill in Riverdale Park overlooking the city just as the sun was setting. Soon, the buildings would be dark, and for the first time in forty years, you could see the stars. We wanted to explore the mystery and the excitement that people felt during that night. Instead of mass panic, there was a sense of camaraderie and friendship, and for a while, the loneliness that can sometimes be part of city living disappeared. There was a sense of freedom and bravery that this special night brought out in people. They shared secrets and said things they might not say in the
light of day. When two strangers meet on the darkest night of the century, under the glow of Cygnus, how will the stars change their lives?”