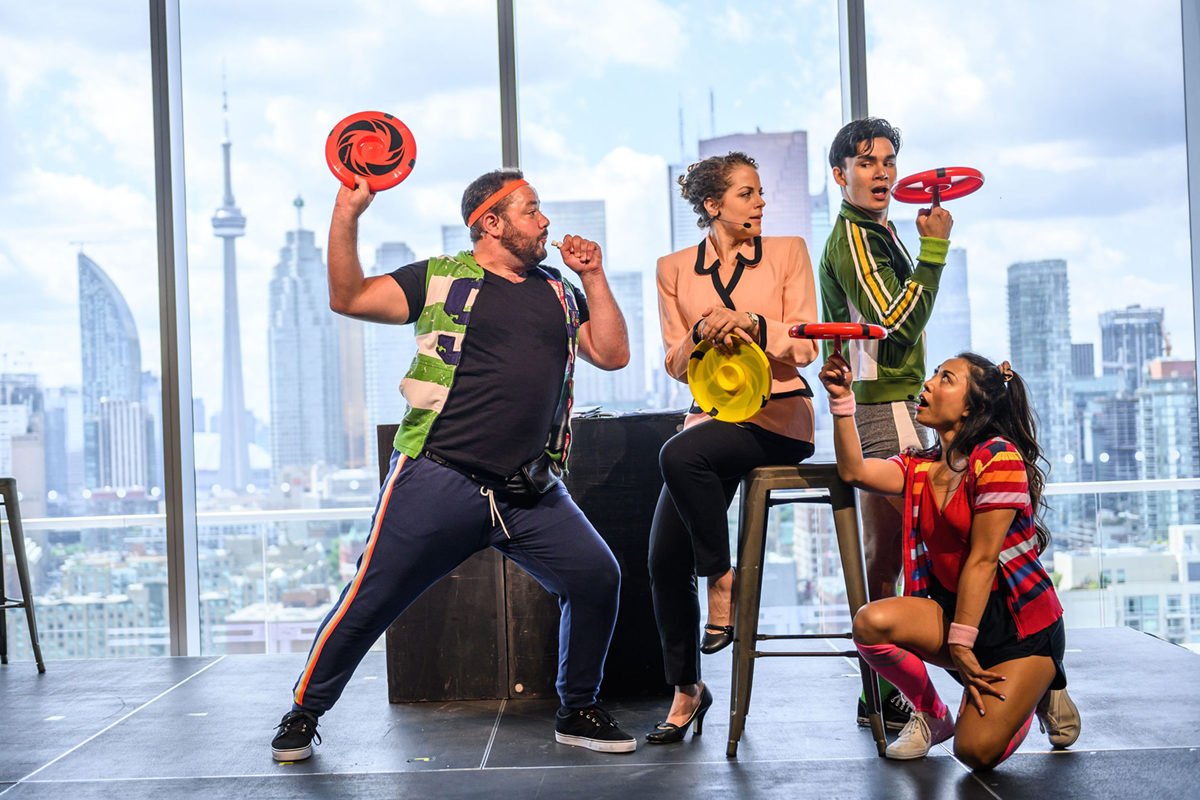 REPRINT REWIND: WHAT GOES UP

As part of our new #ReprintRewind Series, we are releasing three new Canadian musicals via podcast that were created and performed in REPRINT.

The second musical to be shared via podcast is WHAT GOES UP. Written by Colleen Dauncey (music), Akiva Romer-Segal (lyrics) and Ellen Denny (book), with performances by Brandon Antonio, Michael De Rose, Kaylee Harwood & Kelsey Verzotti.

“On a nice day in Toronto’s Trinity Bellwoods Park, it’s easy to find folks tossing a disc. Without realizing, you may even be watching national and world champions in the little known sport of flying disc freestyle: a dance-meets- acrobatics frisbee fantasia played to music.

Thanks to vibrant archival photos of Toronto Island and Paul McGrath’s article ‘The Frisbee and the Soul’, we were introduced to the Canadian Open Frisbee Championships, held on the Island from 1975-85. In its prime, companies like Labatt, Air Canada and Orange Crush took notice of the youth disc craze and began to sponsor tournaments, as well as frisbee teams who would tour shows across the country.

For up-and-coming freestyle stars, a dream was emerging – to turn their passion for disc into a professional career… All of this was set against the new era of electronic music and corporate greed in 1980s Toronto.

On behalf of the writing team, we would like to thank the many members of the international ‘jamily’ (freestyle frisbee community) who shared their stories with us for this project. Spread the jam!”