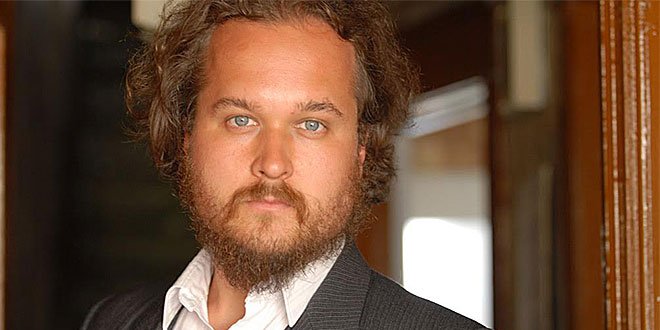 Get to know some of our favourite artists! Triple Threat is a regular feature that reveals which musicals and musical experiences left indelible impressions on the performers, musicians, and actors involved in Acting Up Stage productions. Up next is Andrew Penner!

Andrew Penner is a new face to the UnCovered concert and we’re so excited to begin our relationship with him with UnCovered: Queen & Bowie! As a theatre composer, Andrew has written music for (selected) The Stratford Festival (GRAPES OF WRATH) &  Soulpepper (BLOOD WEDDING).  As an actor, Andrew has performed with (selected) Soulpepper (Spoon River, As You Like It) and Canadian Stage (The Beard of Avon). Andrew has also written music for the films, Small Town Murder Songs (STMS Films), One Week, This Beautiful City, and his music was featured in several episodes of Lost Girl.

1.  What performance will you always remember?

Eesh, there’s a lot.  I’ve been lucky to see several life-altering shows.  One real good one is when I saw Arcade Fire at Sneaky Dees (Toronto) when they were first starting out. Things were breaking all over,  Most people did not know what it was yet (myself included).

I look for a performance that changes the way I look at the world even for a moment.  You never know when those will come or when you’ll be ready for them,  This show was one of them.

2. What were some of the roles you played in musicals in High School?

I played Rolf in The Sound of Music when I was 15.  I also played percussion in the pit band.  I had long fuzzy hair,  My mother told me it was a triumph.

3.  What is your favourite memory from a performance or concert?

I was performing a song I wrote about a storm on a farm at a music festival in northern Alberta. During that song, a hail storm came out of nowhere and crescendoed with the song. Scary for a second, but amazing.

4. What movie or book would you love to see musicalized?

5. What band or singer would you love to tackle in an UnCovered concert?

Tom Jones. It’s a long shot perhaps, but damn he had pipes (still does).

6. You’re on a desert island and can only bring one cast recording/album with you,  what do you choose?

Probably a mix tape my now wife made for me when we were dating. Muppet Show songs, garage rock, old soul music. Good solid stuff.