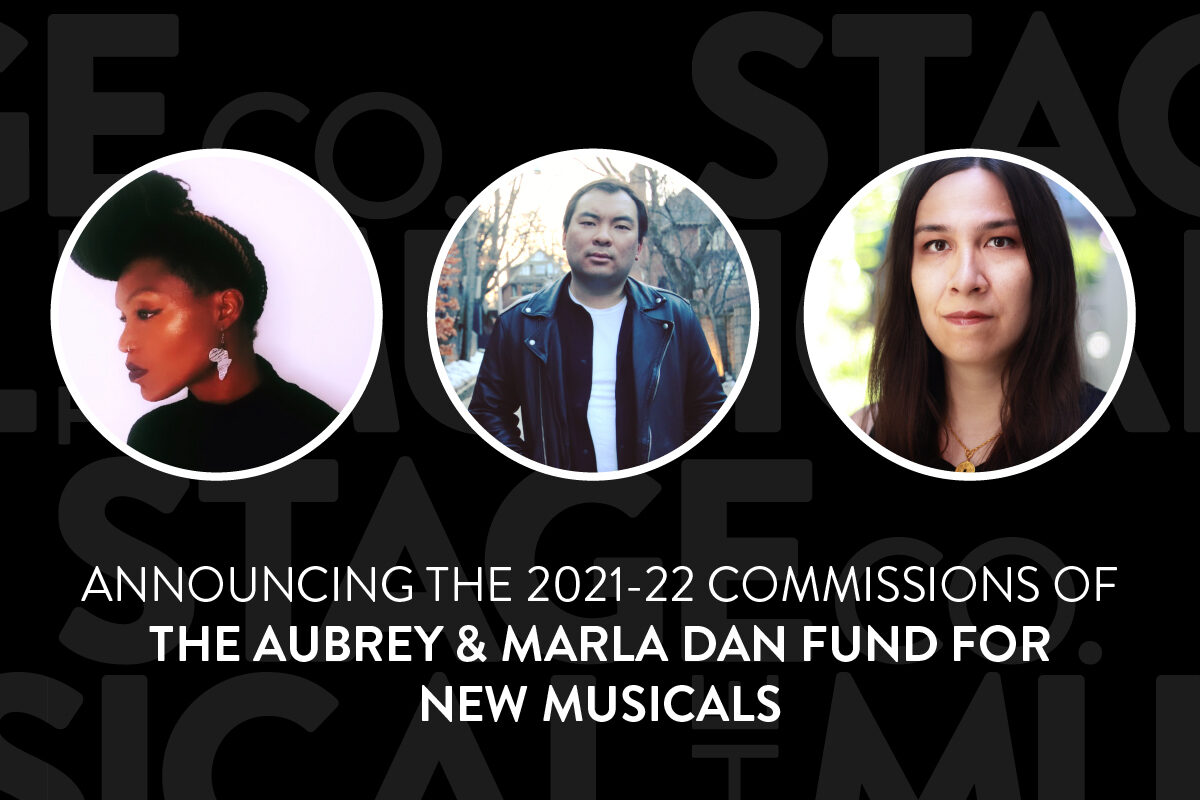 The Aubrey & Marla Dan Fund for New Musicals is the first-ever fund exclusively for the commissioning of new Canadian musical works. This opportunity is managed by The Musical Stage Company, with funding from The Aubrey & Marla Dan Foundation. The fund offers financial and dramaturgical support to creators in creating and developing a first draft of a new musical. Ideas that exemplify the most potential will be awarded an $8,000 commission to cover a 5-week writing period, and a private reading of the first draft.

The two commissioned musicals are:

MEAT
Book by Aaron Jan & Alaska B, Music & Lyrics by Alaska B

THE TRIALS & TRIUMPHS OF A TAR BABY
Book, Music & Lyrics by Jewelle Blackman

We sat down with the creators of these two musicals to learn more about these new works in development and ask them their excitement with these projects.

Set in a prairie Chinatown, MEAT is the story of young metalhead Philippa Chang, daughter of the lone Chinese butcher and heir to his “lucky” cleaver. After feeding meat to a vegan proves a fatal error, Philippa must defeat the devil or risk losing all of Chinatown to the knife’s curse.

Aaron Jan: As a newcomer to the musical theatre bookwriting world, I’m super excited to be having my second (ever!) musical theatre commission with The Musical Stage Company, a company that I really value in how they take care of their artists. Continuing this relationship and collaboration with passionate, talented artists in Ray and Mitchell is truly a joy as MEAT evolves into its next MEAT-ier form. I feel really grateful to continue to work with artists who want to run with such a wild, ambitious project!

Alaska B: I’ve been working on this project on and off for most of a decade and am pleased to be supported in bringing it to fruition with the help of The Musical Stage Company. I am also looking forward to continuing my collaborations with Aaron Jan because I believe in the work that we are able to create together. I am hoping to bring characters and music to stage that will resonate with communities who do not see themselves historically represented within musical theatre.

THE TRIALS & TRIUMPHS OF A TAR BABY

Inspired by Toni Morrison’s “The Bluest Eye,” this is a story that gives voice to those who have been silenced, ignored, and abused the most in the Black Race…the human race at that. The Dark-skinned Black woman. The woman who is usually tasked with keeping it all together while it all breaks down inside, but at what cost. A story of mental health from a Black woman’s perspective, we meet two women who on the exterior share many similarities but due to their extremely different upbringings have very different views of themselves, their beauty, and their worth.

Jewelle Blackman: I am especially excited by this commission from The Musical Stage Company, as it will give voice and shine a light on a story that is not often told, but is so often experienced. This commission will provide, time, support, and resources to bring these initial scenes and songs to a complete musical work like no other.