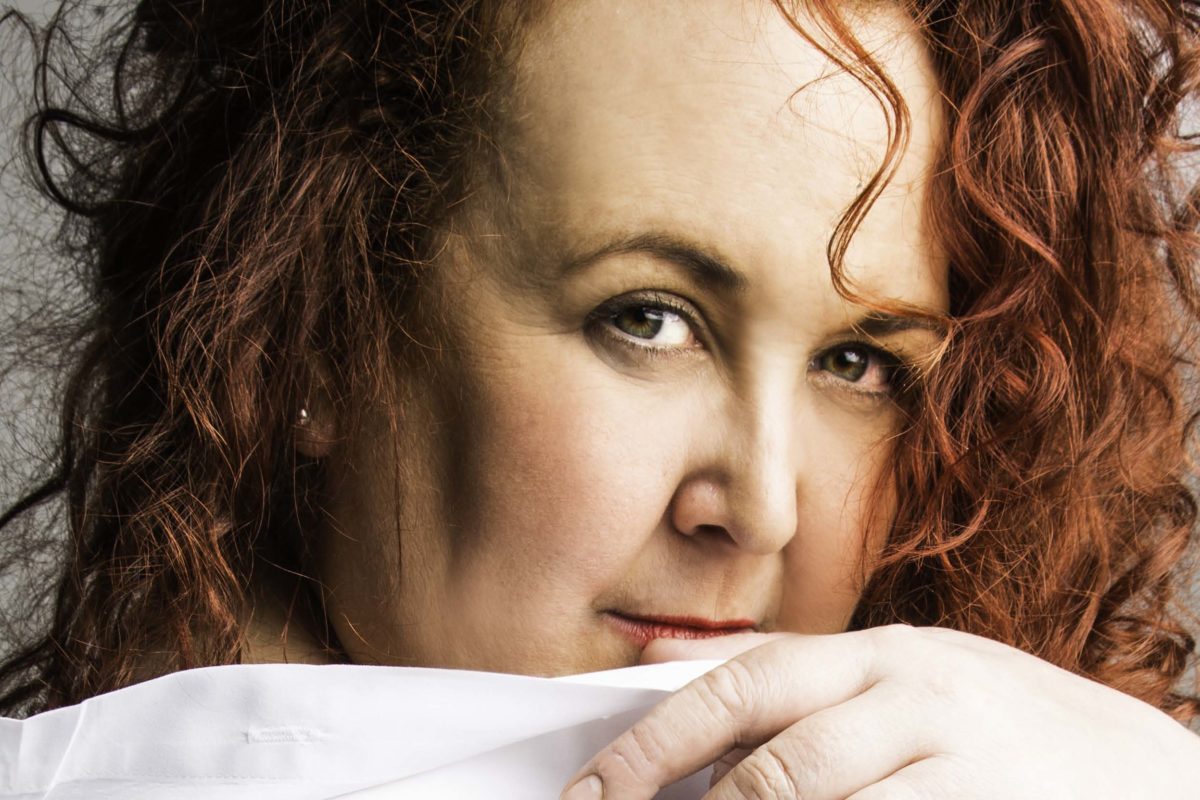 In Conversation with Sharron Matthews

Are you ready for #GirlCrushTO on July 24th!? We caught up with Sharron Matthews who will be rocking the High Park Amphitheatre with her cabaret Girl Crush for ONE NIGHT ONLY! Have a read below and don’t miss the musical event of the summer season. #MondayInTheParkWithSharron

Who inspires your performances most?

Over the years (that makes me sound a million years old but I am going with it) I have been inspired by a varied group of artists that range from stand up comedian Eddie Izzard, to performance artist Barry Humphries and variety/musical/comedy performers like Cher and Carol Burnett. But the person who truly inspired me to create my own works was John Cameron Mitchell, the original star and writer of Hedwig and The Angry Inch. Many years ago, before it was a Broadway show or a movie, my husband George bought tickets for Hedwig in New York City…at the time it was a cult hit that was playing at the Jane Street Theatre starring Mitchell in his first run of the show. I was captivated by the way he combined cabaret and traditional theatre, in fact by the end of the show I felt that he was creating his own genre in which to work. As an artist, I had never known what label to put upon myself and that night made me realize that I didn’t have to put ANY label on my work or myself…I could create in as many forms of theatre as I wished. There are NO rules.

If you could sing a duet with anyone – dead or alive – who would it be and why?

DEAR GODDESS!! Okay…. I would like to sing a duet with Tim Curry’s character Frankenfurter from Rocky Horror Picture Show. Now, I wracked my brain to come up with someone else that is a little more expected – like Bette Midler (who can compete with that?) or cabaret legend Michael Feinstein (a genius but not my specific brand of cabaret) or Luther Vandros (again, who can compete with that?) BUT I kept coming back to Tim Curry as Frankenfurter in Rocky Horror.  He is so raw…so available…so sexy…so fluid…so inclusive…such a rock star…he is EVERYTHING in that movie, which was one of the first I saw as an adult and much like when I first saw Hedwig I thought, I want to do THAT! Whatever my 14 year old self thought THAT was.

What is your favourite musical & dream role in that show?

My favourite musical is Sunday in the Park with George. Forever. And Ever. I don’t do musical theatre as much anymore but I would show up for THAT and play Dot…for a concert run of three shows 🙂

What is your “guilty pleasure” cabaret song to sing?

Oh my gosh, there are literally so many answers to this question. But if I were to end up at a variety night somewhere in the world where no one knew me – and I was asked to belt out a tune – I would sing, “Maybe This Time” from Cabaret. Which is very meta, don’t you think?

Who are your favourite audiences members?

I love ALL audience members. They ALL make you work in different ways, which keeps everything fresh and on point. The quiet ones make you reach out to them, the loud ones make you focus on your tale, the sing-a-longers both give you wings and help you find your specificity (people can tell when you want them to sing or not…you don’t have to tell them all the time…specificity of story informs them) and the judgers (let us be real here…they are there) make you remember why you are there and enforce your belief in your story.

What is the wildest thing that has ever happened during one of your performances?

I had to sit and sift through many weird and wonderful occurrences (yes, there are many) and I am sure that after I write this I will remember another one but all of the best ones happened in Edinburgh at the Fringe. Those audiences are there for many things and one of them is to test your mettle. Back in the summer of 2012, one afternoon in August I was getting into the ultimate story and song of my show (turning the final corner, as I have come to think of it) at the Pleasance venue…a venue in which, if you wanted to leave you had to cross the stage…and in the back corner, the corner farthest from the exit door, I watched a man get up and excruciatingly slowly start to get through his row, and amble down the stairs and I stopped and asked him if he was be okay…he said that he was going to be sick (it was very hot in the room) and he didn’t want me to think it was me so would I mind if he left, threw up, and came back. I said, sure…but not till after my ballad. And he went and did his business and came back…after my ballad. On another day in the same venue I started my 60 minute show for a sold out crowd and 10 minutes into the show the lights came up and would not go back down…and after doing a show over and over again in theatre lighting I spent the next 10 minutes wrapping my mind around doing a show in harsh harsh harsh school room lighting where I could see everyone’s face and they knew it. They were VERY uncomfortable…so I had to let them all know that we were all going to be okay. It all worked out BUT it was one of the MOST exhausting shows I have ever done. Oh, Edinburgh!

What tips do you have for people to be “unapologetically themselves”?

Endeavour to love yourself exactly as you are right now. There is no other moment. Don’t mourn over the “you” that you were at a point in your life where you thought you were perfect OR a “you” that you wish you were. Live in THIS moment, in this person you are right now. Be loud, be crazy, be proud, be embarrassing, be happy, be sad…just be…without goals or notions. Just be.

GIRL CRUSH hits the High Park Amphitheatre stage on Monday, July 24th at 8pm. We hope to see you there!