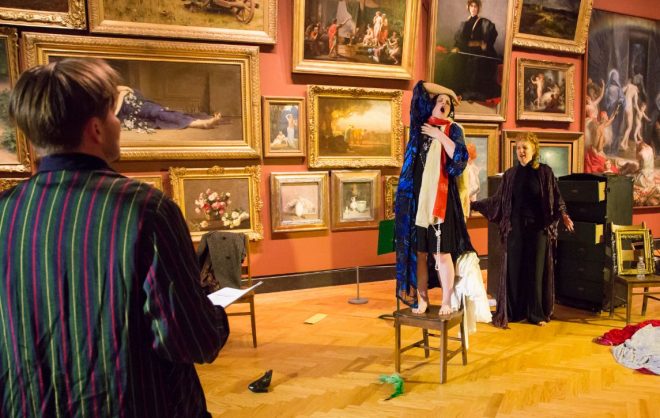 As a previous cast-member of REFRAMED, what excites you most about coming back to work on this project?

REFRAMED was one of the most thrilling and fulfilling experiences I’ve had in my career so far. Not only did I get to take part in the development of three new Canadian musicals, but I got to do it in the AGO, one of my all-time favourite Toronto landmarks. Getting to be behind the scenes at the museum was worth it alone, especially the day when we got to be in the space and the building was closed to the public. There is not much that could’ve topped that, so when I heard The Musical Stage Company and Yonge Street Theatricals announce a similar project, in a brand new iconic venue, I knew I wanted to be part of it!

This time, the pieces are slightly longer and the whole process is expanded. This time, we have had several weeks of workshops and rehearsals in advance of the public performances to further allow the pieces to develop and characterizations to build. I’m most excited to be returning to a similar project with all sorts of extra support and new faces. I’m also looking forward to working with individuals and teams that I’ve long admired from afar. Really, it’s just getting in the sandbox and helping build something together that gets me the most jazzed about this whole initiative.

In your opinion, what is the most thrilling part about staging a musical presentation outside of the traditional theatre setting?

As a performer, I love any time we can break down the artifice or suspended disbelief of the art form. Don’t get me wrong, I love tucking into my conventional theatre seat, facing the same way as hundreds of strangers and seeing the lights dim, but experiencing something other than a scrim or wall as a backdrop is a delight to both audiences and performers alike. At the AGO, we didn’t have access to typical theatrical lighting, and the voices and instruments were all acoustic. I think this made the audience listen more carefully, and also kept us performers acutely aware of whether the audience was with us or not. It was evident that audiences really valued the special experience of entering a hallowed institution like the AGO to see these live performers communicating with the fixed artwork and expanding our collective understanding of these interdisciplinary art forms. I’m excited to move into The Globe and Mail Centre as a performance venue with REPRINT and see how the space serves to clarify and inform the three pieces we will be working on. 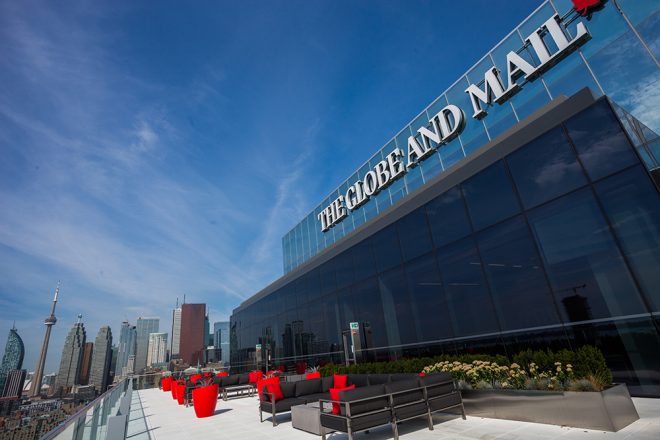 What unexpected surprises did you walk away with after having been a part of REFRAMED?

Those of us that worked on REFRAMED all felt a palpable sense of pride and accomplishment. Our whole run was sold out and we could not extend, so each performance felt vital and very present. Even though we agreed that the performers could have their scripts in hand for the performances, I recall that all three of us started to drop our scripts quite early into performances. The work felt internal after having workshopped the pieces over several months. Sure, we each felt overwhelmed at some point with what seemed to be an insurmountable task, but the utter joy at pulling it all together into what grew to be a very well-received and emotionally fulfilling experience for all was absolute gold. It’s what I live for in this business.

Our three weeks of formal rehearsal for the production begin at the end of July, and I’m excited to get back together in a few weeks and help shape the form that will be seen onstage! However, we’ve already spent a week both in March and in May workshopping the pieces in their early development. We worked six days a week, so each piece had two dedicated days with everyone in the room, reading through changes, learning new music, scribbling in rewritten lines, switching around parts, and shifting storylines. As a performer in this process, I see my job as being a vessel for the writers and directors; I read what’s on the page and give feedback when asked. These have already been immensely collaborative days of work together and I’m excited to do more. 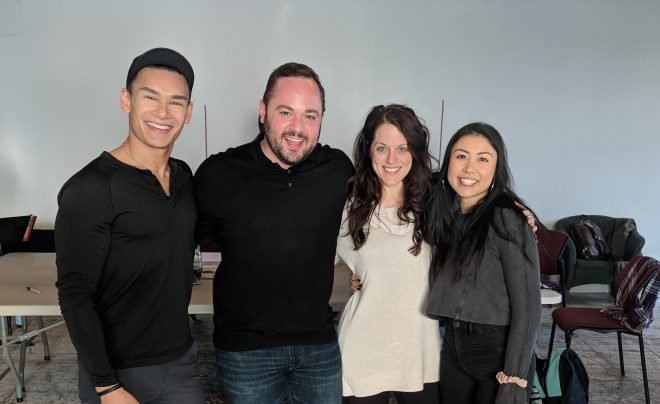 *The cast of REPRINT in rehearsals.

What can audiences expect when they see REPRINT?

Audiences will witness three never-before-seen short musicals written and directed by incredible teams from across Canada, with the support and expertise of The Musical Stage Company. The pieces themselves vary in length, style and theme, but each one has been inspired by a news story or photograph from the archives at The Globe and Mail.

What is the most rewarding part about being involved in the creation of a new musical work?

I love that with new work, there is no prior version of the show to measure up to. New work tends to attract a different ticket-buyer than established work: this is a particularly curious, musical-theatre-loving crowd. During rehearsal for new works, I love witnessing how the writers and creatives collaborate on the spot, and how quickly things change over the course of a day or a week. Though it’s hard to imagine, there was once a time when works like SWEENEY TODD and CABARET didn’t exist, and I like to imagine the rooms in which those pieces were created and workshopped at one stage in their development. You never know the lives these new pieces will go on to have in the future! 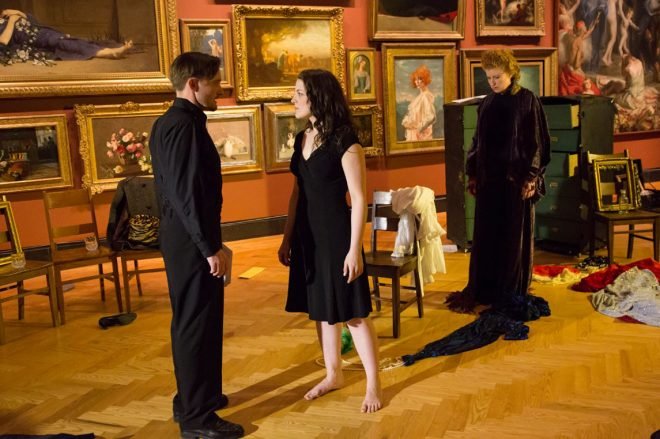 I hope that Launch Pad further serves to encourage out-of-the-box thinking when it comes to length, themes and staging of new musical works. The Musical Stage Company is a pioneer in the field of new musicals in Canada, and I’m thrilled to be returning to work with them on this project.

REPRINT begins public performances next month at The Globe and Mail Centre.

Don’t miss your chance to witness this word-premiere triptych of new musical works by some of Canada’s most exciting writers and composers.